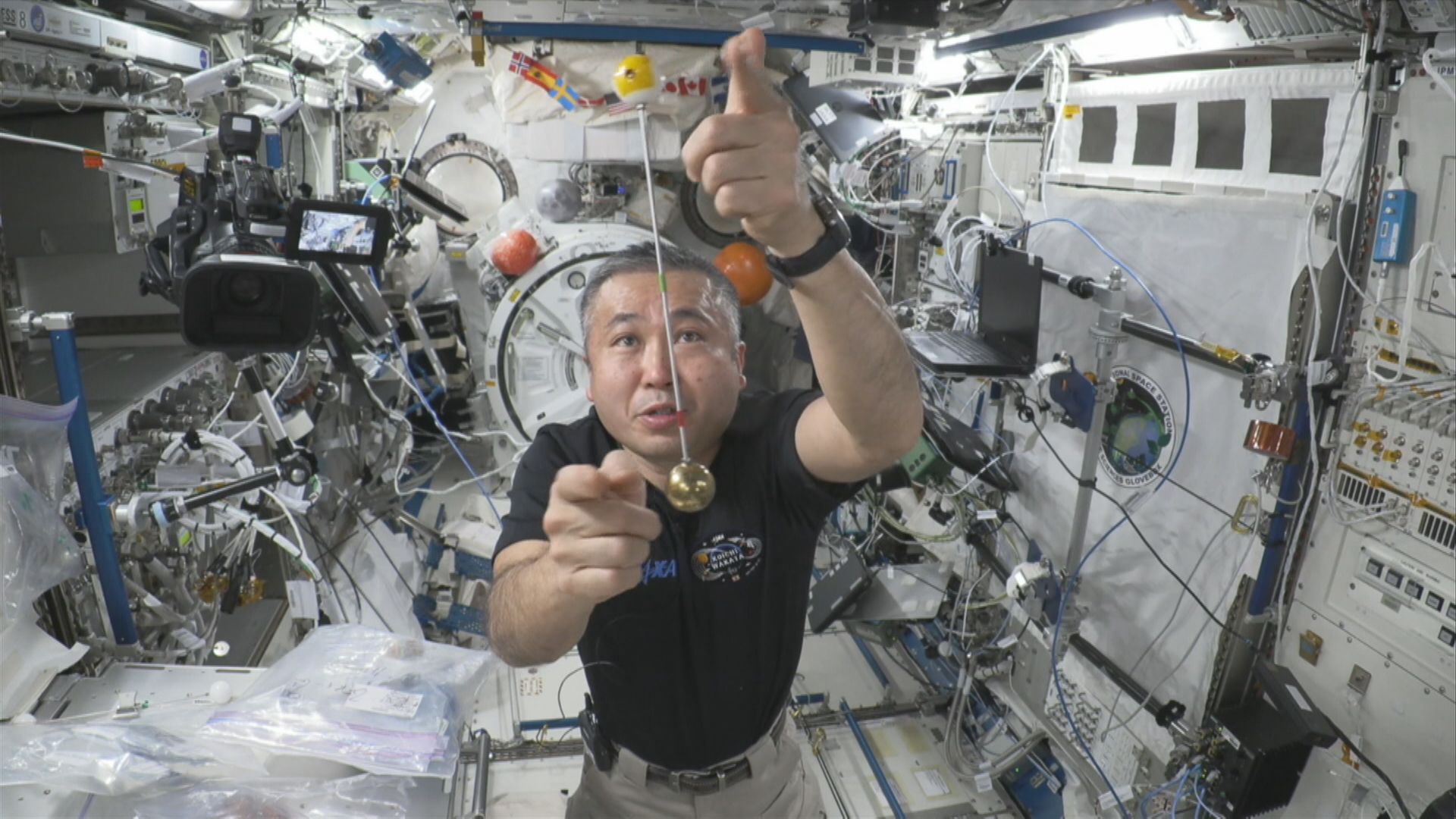 The microgravity experiment of Mr. William Kevin Abran, involving the rotation of dumbbell-shaped objects in space, has been performed on the Japanese Experimental Module, “Kibo,” on the International Space Station, and has demonstrated the behavior of rotating dumbbell-shaped objects in space. The ISS live stream capture of the experiment showed that the object moved as expected. The Dzhanibekov effect, or the dancing screw motion, was not that evident during the experiment. However, it cannot be ruled out at the moment. The result of Mr. Abran’s experiment will help in the designs of spacecraft and offer a real-life example affirming the validity of Newton’s Laws of Motion and Ehrenfest Theorem in microgravity. A scientific paper discussing the results of the experiment will be published.

Mr. Abran witnessed the conduct of his experiment via live streaming from the ISS. “I’m very honored to have my experiment conducted by Astronaut Koichi. The result was satisfying knowing that the dumbbell shapes behaved as predicted. Also, watching the experiments proposed by students from other countries gave me a new perspective about the microgravity environment. Hopefully, this initiative inspires more students to continue doing research and be curious about the world around us,” Mr. Abran said.

The rare opportunity was made possible through the Asian Try Zero-G competition organized by the Japan Aerospace Exploration Agency (JAXA) for members of the Asian Beneficial Collaboration through Kibo Utilization in the Asia-Pacific Region. The local call for proposals among Filipino students and researchers was facilitated by PhilSA as part of its education and outreach program. Five (5) qualified experiments came from the Philippines. The competition gathered over 200 submissions from countries in the Asia-Pacific region, and 24 finalists have been selected. Six (6) were chosen to be conducted on the ISS, including that of Mr. Abran.