Women in Space: Reclaiming Space for All
Posted by: Philippine Space Agency 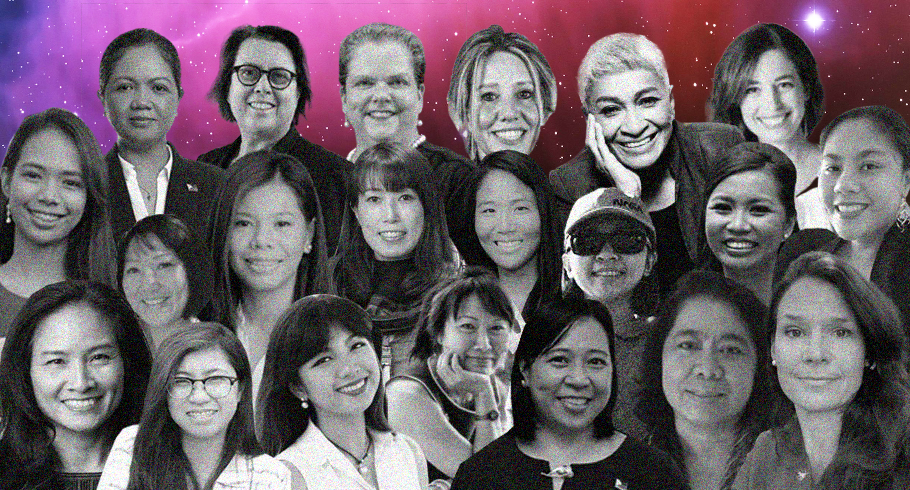 It’s mission accomplished for the Philippine Space Agency World Space Week 2021 celebration themed “Women In Space.” From 04 to 10 October, PhilSA led and supported events that amplified the voices of accomplished women in the space industry to highlight the value of gender diversity and inclusivity in the sector.

PhilSA opened the week with “LIFT OFF! Women in Space” on 04 October. The event partnership with the United States Embassy in Manila and American Spaces Philippines successfully assembled a panel of international resource persons representing various areas in the space ecosystem: the space sciences, engineering, business, and exploration.

This was followed by an event partnership with the Space Generation Advisory Council (SGAC) Philippines on 05 October, titled: “Exchanging Lessons Learned: Gender Diversity and Equality in Space.” The panel discussion featured a productive synthesis of ideas on diversity, inclusivity and equity coming from various cultural perspectives across the world.

On 07 October, PhilSA and accomplished women from the fields of Space Law and Diplomacy, and Space Science and Engineering interacted with students, professionals, and space enthusiasts looking to explore careers in space through the virtual event: “If You Need Space: A Career Talk in the Space Sector.”

SGAC Southeast Asia, meanwhile, held the fourth and final installment of their SpiSEA webinar series on 09 October in partnership with PhilSA.  The webinar: “Gender Diversity in a New Space Era” took the audience on a journey on how the space industry evolved in the last decade and the different career paths that emerged as a result.

These events are in line with PhilSA’s key development area on Space Education and Awareness that aims to secure the future of the country’s space program through a sustained pool of scientists, engineers, researchers, and communicators by encouraging the youth to #JoinTheMission and pursue studies and careers in space science and technology.

Below are key ideas that emerged from the discussions at these events.

Barriers still hold back women and girls from venturing into space

Historically, women have made substantial contributions in the space sector. To name a few examples, there’s Katherine Johnson, a mathematician who joined NASA in 1953. She was instrumental in calculating the trajectories needed to send humans into space and to the Moon; Nancy Roman, an astronomer who joined NASA in 1958, became its first chief astronomer, and who has now become known as the “Mother of Hubble” for bringing the Hubble Space Telescope to life; and Katie Bouman, a computer scientist whose work on algorithms led to the first-ever image of a black hole.

Before the era of advanced computers, there had been a group of women mathematicians called the “West Computers” too, who acted as ‘human computers’ for NASA. These women crunched numbers and worked through the equations that are at the heart of space missions. Even the very first software engineer, Margaret Hamilton, is a woman whose code contributed immensely to the safety of NASA lunar missions.

But these seem to have been forgotten. Gender equality has been a persistent issue in the science community from the beginning. United Nations Office for Outer Space Affairs Director Simonetta Di Pippo conveyed the urgency of this issue in her message during LIFT OFF! Women in Space: “According to the 2020 Global Gender Gap Report from the World Economic Forum, inclusion, equality, empowerment, and gender parity will not be achieved for almost 100 years.”

Director Di Pippo cited that inadequate information, lack of career mentorship opportunities, lack of exposure to female role models, and absence of support systems still prevent millions of women and girls from accessing the benefits and opportunities in the STEM sector.

The space sector’s accessibility in a country can be an obstacle in entering the space industry as well. For multiple Filipino resource persons, a common barrier they’ve experienced in the Philippines was that it was not even thought of as a possibility back when they were kids.

Dr. Julie Banatao, a Systems Engineer in the STAMINA4Space Program, during her self-introduction in If You Need Space: A Career Talk in the Space Sector, said: “When I was a kid, I wanted to become an astronaut (…) however there were no opportunities for that here in the Philippines. So I went my merry way to work in the IT industry after college.” She had only tried joining the space industry after seeing Diwata-1, the first Philippine microsatellite designed and built by Filipino engineers, get launched into space back in 2016. By then she already had five years under her belt in her IT career. Dr. Banatao pointed out that during her undergraduate years – and even until now – there hadn’t been any space related courses offered in academic programs.

Numerous social barriers are attributed to the difficulty of joining the space industry, particularly for women and girls who bore cultural expectations of care and domestic responsibilities. “There’s this societal pressure on women in the UAE (United Arab Emirates) to be mothers and to be at the household to take care of children,” said Ms. Hoor AlMazmi, Space Science Researcher of the UAE Space Agency, during Exchanging Lessons Learned: Gender Diversity and Equality in Space.

Ms. AlMazmi added that in her experience from studying in the United States, she noticed that “people [in the United States] have that image of STEM being male-dominated. It might be harder to encourage women to go into these fields.” The crucial role of mentors in developing a career in space was emphasized in this.

Furthermore, Ms. Carla Sharpe, Africa Programme Manager of the South African Radio Astronomy Observatory, shared the importance of creating a “pipeline” that not only encourages young girls to become interested in space, but also provides them real life opportunities for education and work.

“You enthuse girls at a young age in school, and then you allow them the opportunities to further their education, but something that is very challenging in Africa is not necessarily [having] the capacity to then employ them afterwards,” Ms. Sharpe explained. “You may enthuse the young women and they may become educated within this arena, but where do they get placed in the end?”

From the If You Need Space: A Career Talk in the Space Sector panel, Dr. Mary Grace Bato, an Earth Scientist in the NASA-Jet Propulsion Laboratory, stated that having the necessary financial support for research and higher education is another challenge as well.

“I think most people also share the same challenge: financial [issues],” Dr. Bato had said. “If you want to go to grad school, for example [when I went to NIGS / National Institute of Geological Sciences], I had to pay for my own Masters Degree.”

Although there are scholarships offered by different groups and organizations to help ease financial burdens, you need to be an A level student to be qualified. Even if one were to be very passionate, those grades are still necessary and, for Dr. Bato who was the head in her family back then, it can be hard to juggle academic responsibilities along with familial responsibilities.

Diversity is an asset that spurs innovation

Dr. Johann-Dietrich Wörner, President of the National Academy of Science and Engineering in Germany, insisted that “Diversity is not a must, diversity is an asset.” He claimed during Exchanging Lessons Learned: Gender Diversity and Equality in Space that it is an advantage in itself and that one “should not look for diversity in your organization because there’s some law, or you want to be politically correct.” He explained how his decades long experience in the space industry proved to him that having different ways of thinking leads to different ways of solving problems more efficiently. Additionally, diversifying does not only mean providing women the same opportunities as men. Diversification must encompass race, religion, age, geographical distribution, and much more.

Having discussed their experiences with gender diversity and inclusivity in their careers, speakers from all four events agree that diversity is crucial in the space sector because acquiring numerous, different perspectives catalyzes innovation.

Efforts are being done to change the narrative, address barriers

There are many ways to address these issues on diversity and equality, but despite the crucial need of mentors and the need of creating a pipeline, Ms. Sharpe emphasized that “awareness is the first step.” Aside from awareness, taking action is crucial, too: “The only difference between me and any other girl is that I believed I could,” Ms. Sharpe said.

Ms. Shielo Muta, Chief Science Research Specialist in the Philippine Space Agency, said in LIFT OFF! Women in Space: “I did not have a female scientist [role model] growing up, but I hope I can be one for my one year old daughter and to the other girls of this younger generation.”

Women scientists, space entrepreneurs, astronauts, and engineers have become more visible in recent years, further inspiring the younger generation to join the space industry. “There’s a lot of community now speaking about empowerment,” said Ms. Muta. “What we have to do right now is just continue building that community for the little girls and the younger generations to be inspired of what we have been doing.”

The theme “Women in Space,” also speaks to the men in the space sector as they also have a role in opening spaces. If the taught predispositions to men can be changed, especially for men in positions of power, then a more inclusive environment will be created for all. While there is no short term solution for gender equity and diversity issues, a real impact cutting across generations may be established.

During LIFT OFF! Women in Space, PhilSA Director General Dr. Joel Joseph S. Marciano, Jr. assured that PhilSA is among the enabling and safe spaces for women to learn, contribute, and thrive: “In the Philippine Space Agency, we believe that inclusivity, diversity, equal opportunity, and individual uniqueness enrich the workplace and our common space development journey.”

The speakers likewise emphasized the importance of knowledge transfer from the older generation to the younger generation. There needs to be a change in perception and, for that to happen, we all need to take part in changing the narrative.

As amazing as it is to see women working in the space industry, these webinars drive the point that everyone is welcome to build a career in the space industry. Challenges abound in joining the space sector, but this can be achieved through hard work, believing in your dreams, and access to opportunities.

The live streams of LIFT OFF! Women in Space and If You Need Space: A Career Talk in the Space Sector are available here: