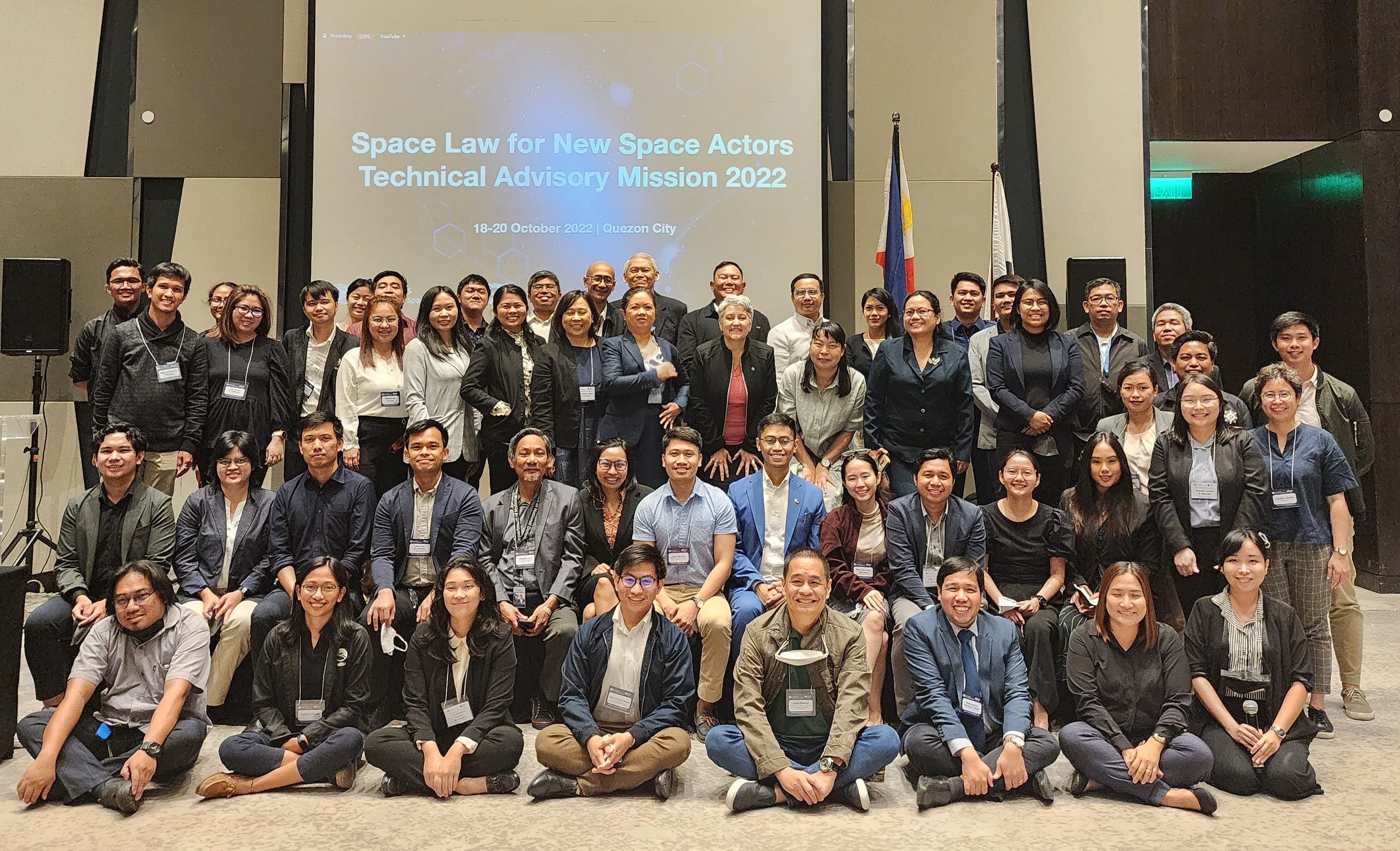 The United Nations Office for Outer Space Affairs (UNOOSA) in collaboration with the Philippine Space Agency (PhilSA), conducted the Space Law for New Space Actors Technical Advisory Mission (TAM) from 18 to 20 October 2022 at Seda Hotel, Quezon City. During the three-day workshop, various topics on the importance of international cooperation, fundamental principles of international space law, and mechanisms for developing national regulatory and policy frameworks in line with various space activities were tackled.

Delegates from Philippine government agencies and non-government institutions were presented with a broad range of ideas and examples of models addressing: authorization; licensing and continuous supervision of space activities; liability and insurance perspectives; international and national registration requirements; safety consideration; and legal framework of spaceport operations. Interactive scenario-based exercises were also conducted, fostering lively discussions among experts regarding the liability and registration conventions of the outer space treaty.

As an emerging space nation, PhilSA recognizes the importance of adhering to UN treaties, especially the Liability Convention and the Registration Convention, which were prioritized for ratification and accession. The pre-requisite processes for these treaties had already begun at the national level. PhilSA Space Policy and International Cooperation Bureau (SPICB) Director, Atty. Noelle Riza D. Castillo, emphasized the significance of the TAM in the Philippines: “With the TAM, PhilSA is laying the foundations for the Philippines to be a responsible space-faring nation. The knowledge gained from the TAM has raised the level of awareness of the fundamental principles of international space law in the country, thus enhancing commitment to following the international legal framework on space activities by both government and non-government space actors.”

The Space Law for New Space Actors TAM in the Philippines is funded and supported by the Government of Japan. Mandated by its Key Development Area (KDA) on International Cooperation under the Republic Act No. 11363, PhilSA continues to be an active participant in the international space community, adhering to various international space treaties and principles promulgated by the UN.