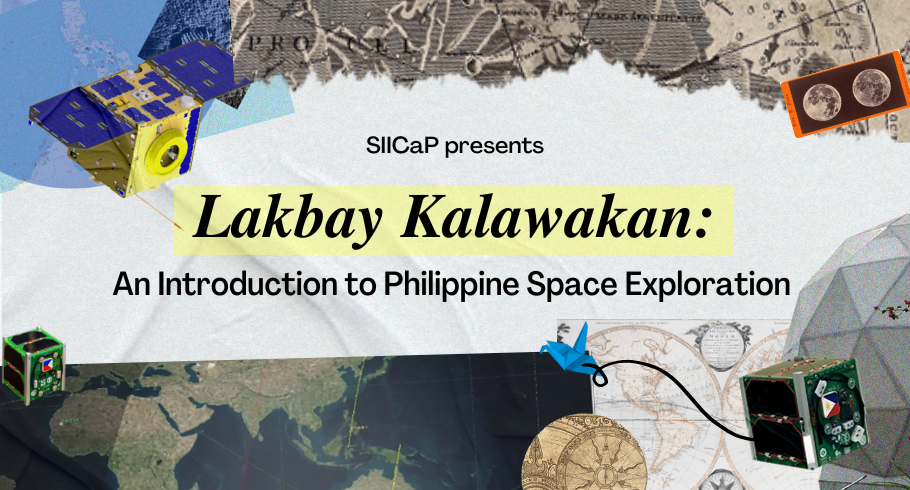 Engr. John Leur Labrador, one of the engineers for Diwata-1 and Diwata-2 satellites and now Chief of PhilSA Spacecraft Mechanical & Autonomous Systems Development Division (SMASDD), introduced satellite technology and its history in the Philippines. He presented how a satellite is designed, developed, and launched into space. He concluded his  presentation by sharing the importance of venturing into space: “It is to provide usable information to our countrymen.” 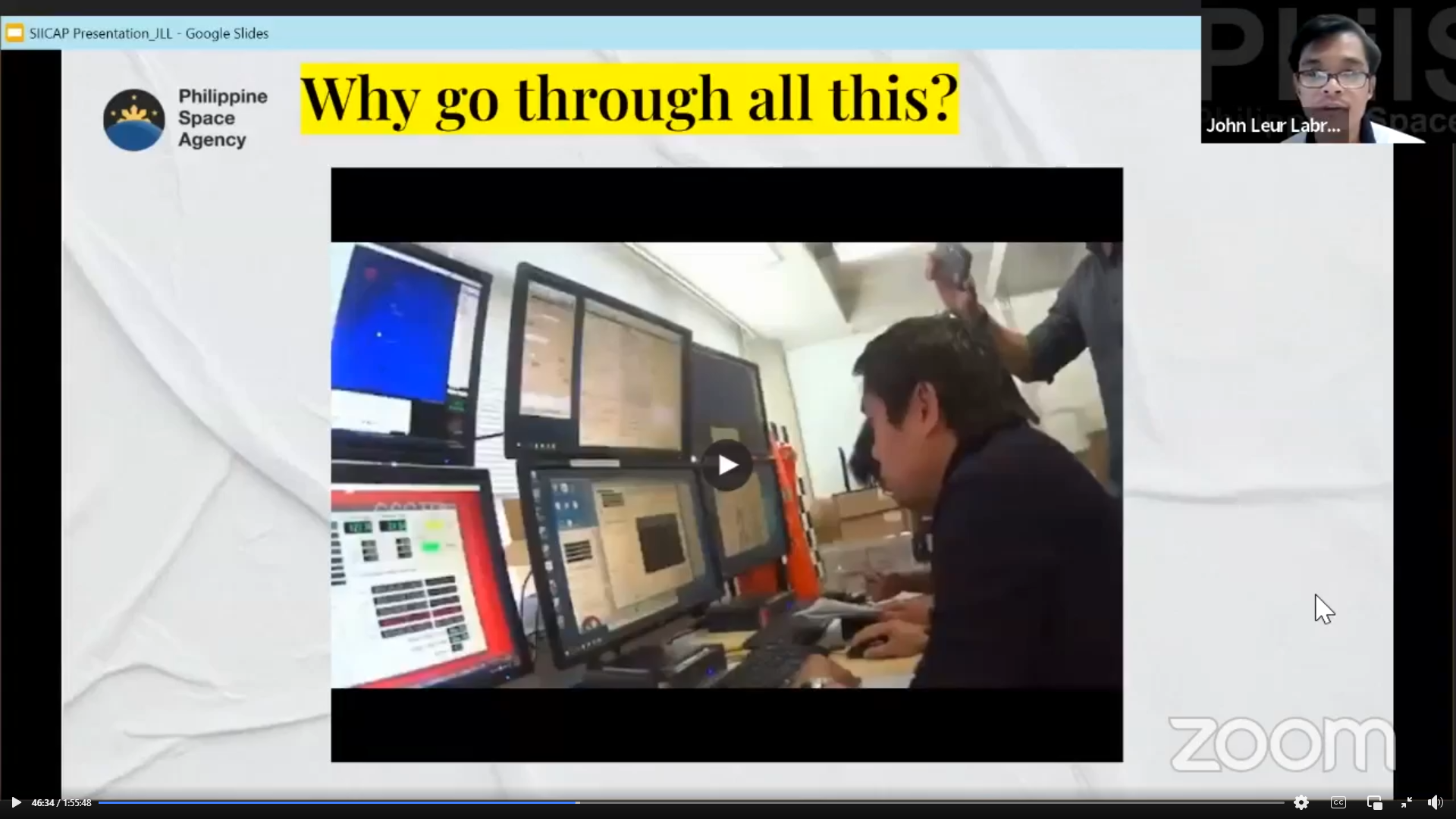 Ms. Jamaica Pangasinan, Senior Science Research Specialist of  PhilSA Space Mission Control & Operations Division (SMCOD), talked about  Philippine satellite missions, applications, and payloads. One example is the upcoming mission of the Multispectral Unit for Land Assessment or the MULA satellite which can be used to help with food security, disaster resilience, environment conservation, and national security. 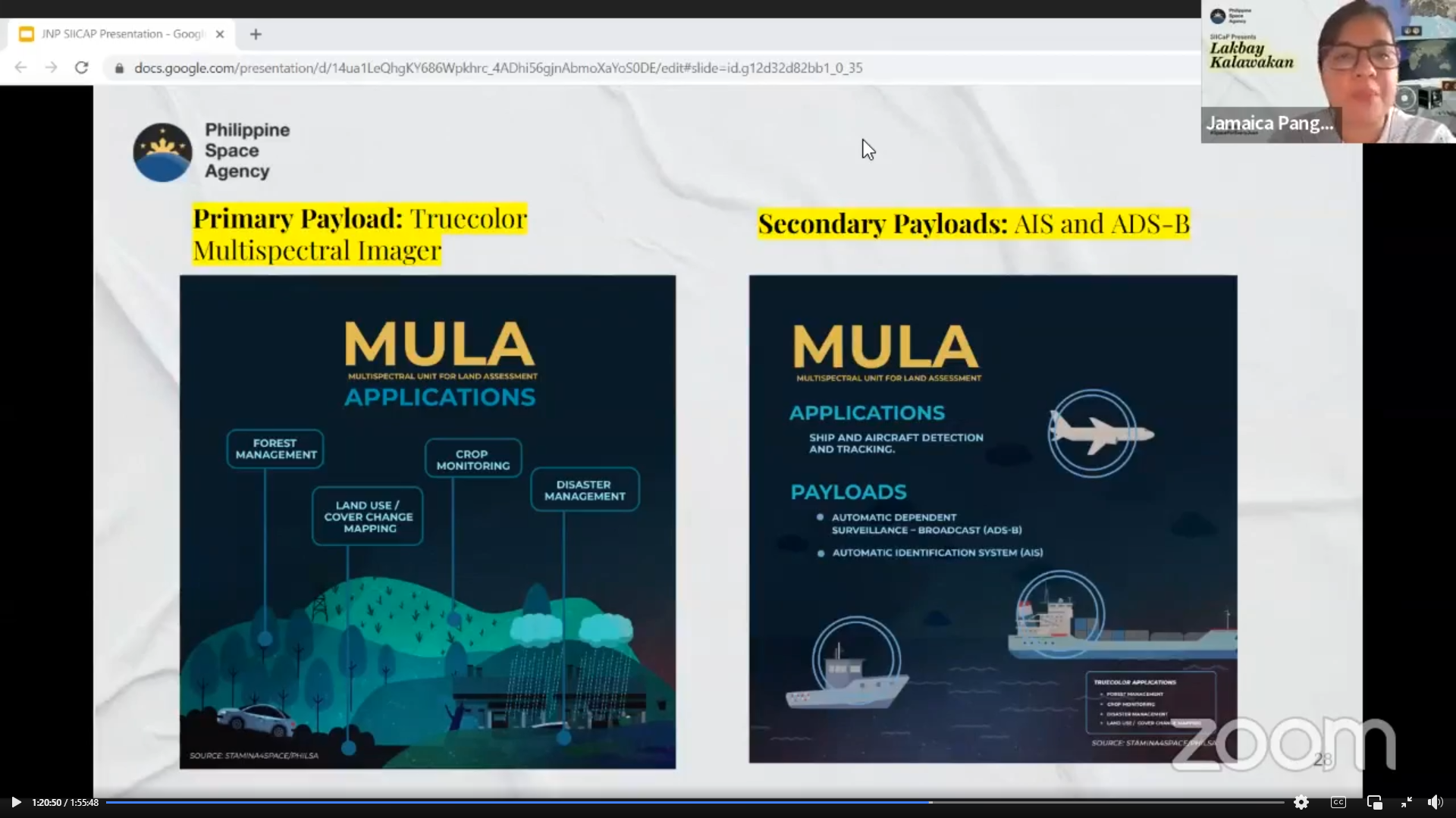 Mr. Miguel Francisco Felico, a former member of STAMINA4Space Program Mission Planning Team, and his successor Mr. Matthew Medrano, who is now part of PhilSA, introduced how missions, specifically Diwata-1 and Diwata-2, were operated. They also explained how satellite data are obtained and processed to  provide actionable information. 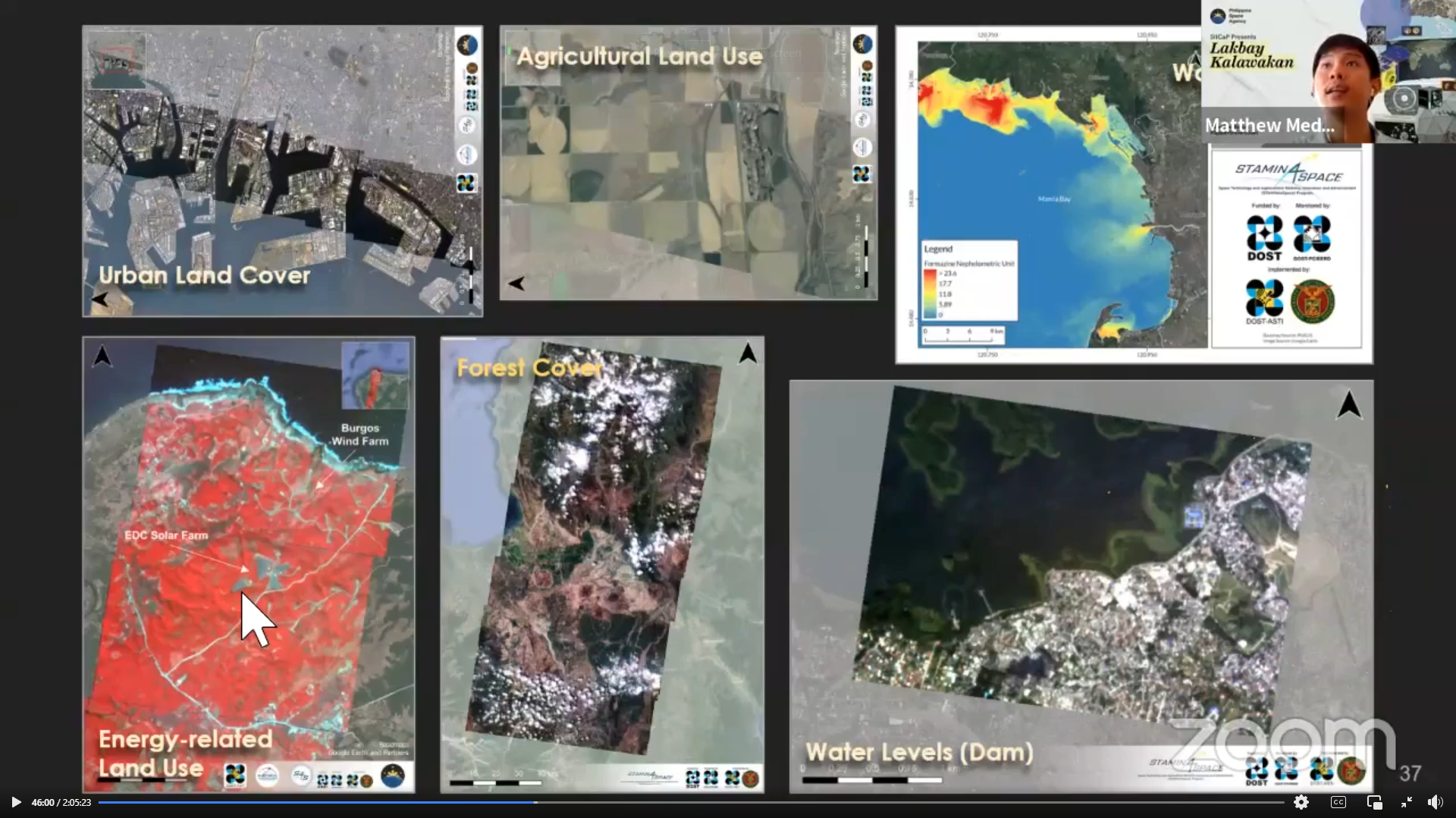 A virtual visit to the Philippine Earth Data Resource and Observation (PEDRO) Center at the Department of Science and Technology-Advanced Science and Technology Institute (DOST-ASTI) in Quezon City was also arranged for the participants. Facilitated by Engr. Nash Frederic Prado, the online tour showed the different components within the center including workstations, dashboards, controls, and the antenna. 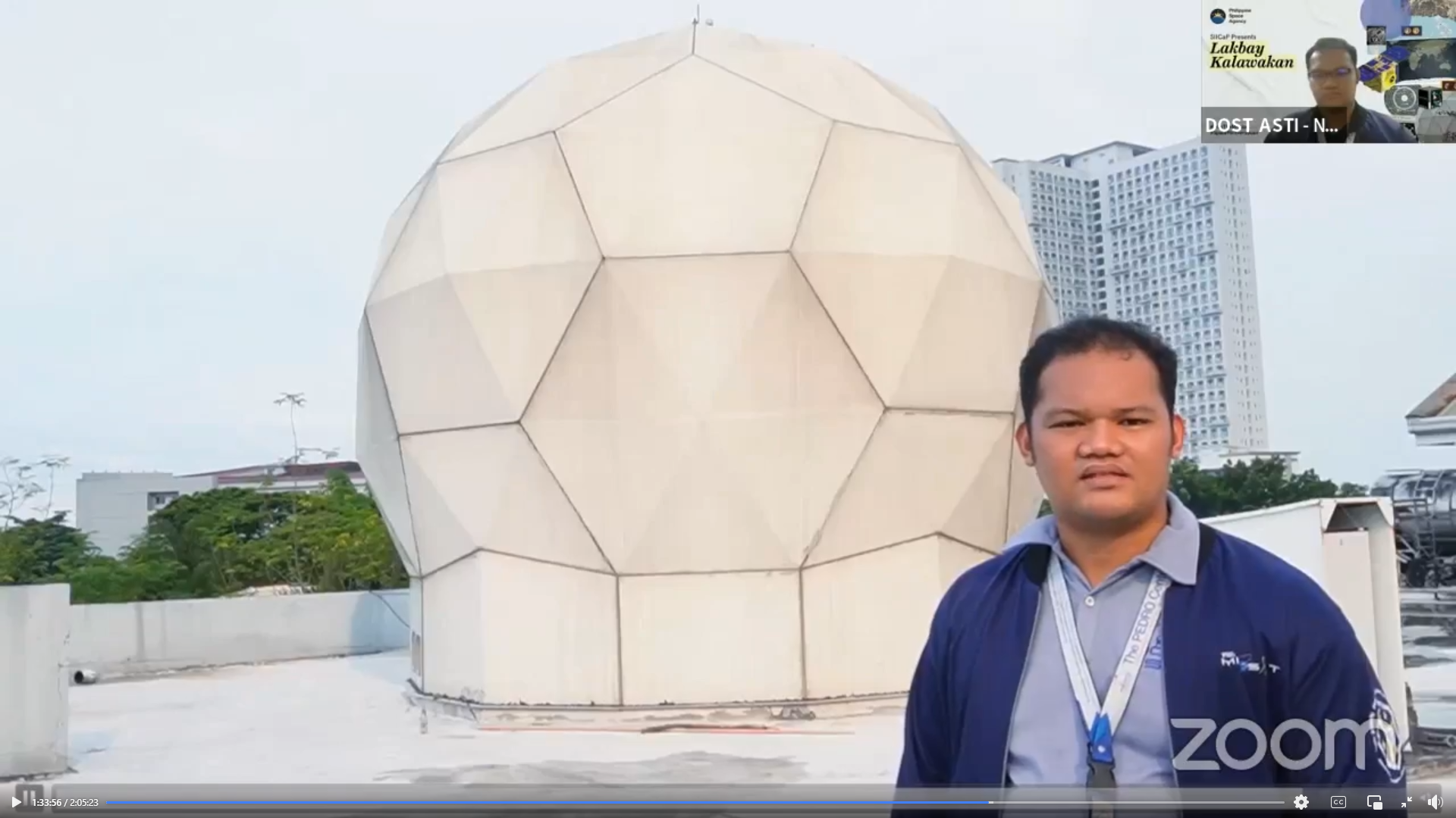 Dr. Izrael Zenar Bautista, Maya-2 satellite engineer and PhilSA researcher, introduced the amateur radio unit (ARU) onboard Philippine satellites and its capabilities. He explained different concepts of amateur radio communication, including its importance and the process to become an operator. 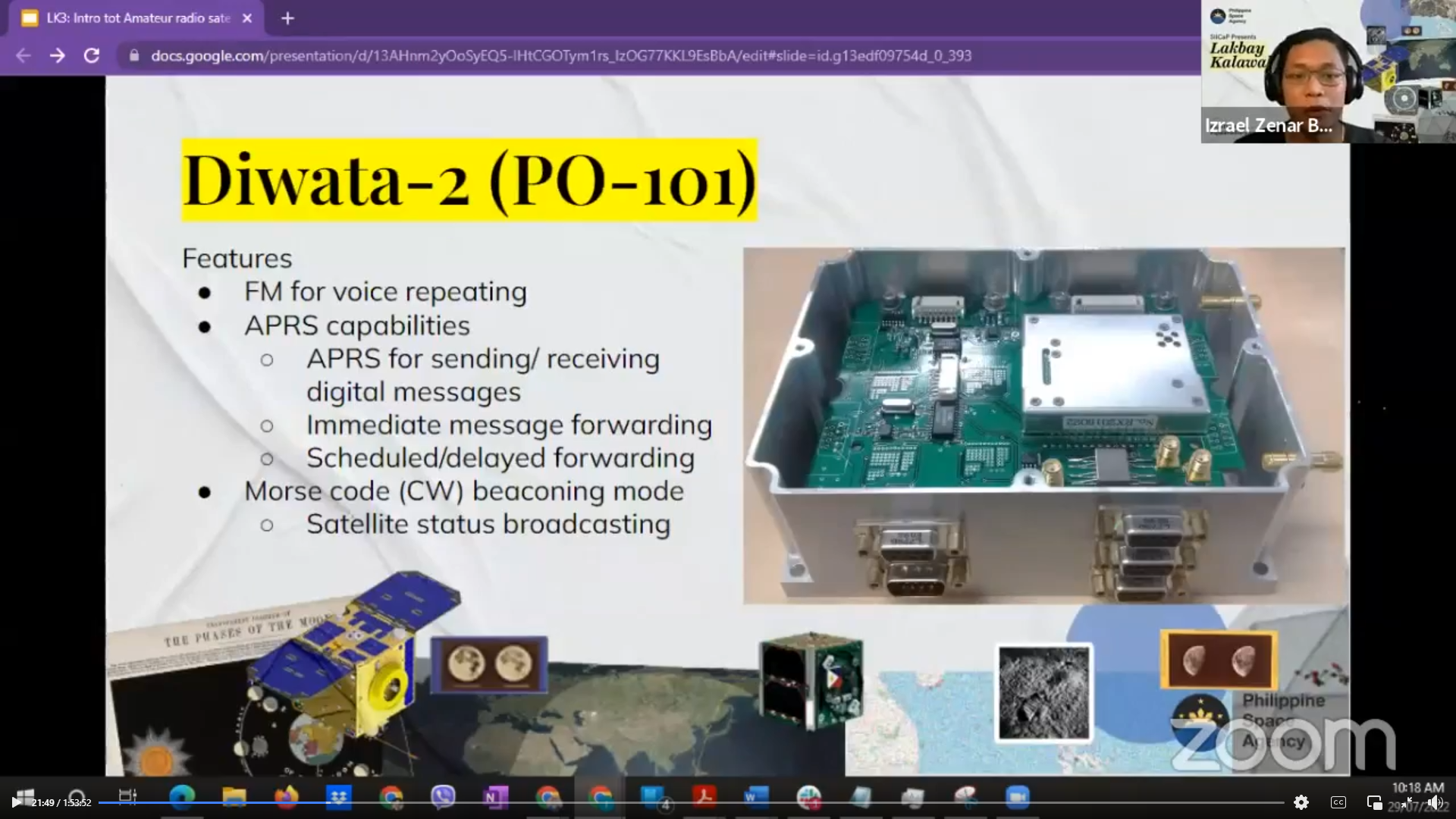 The last speaker for this series, Ms. Anne Vera Candelaria, virtually showed the participants around  the Philippine Universities Ground Archiving and Data Reception (PUGAD) located at the University of the Philippines-Diliman. She showed the different components of the station and how  satellites are tracked.  The tracking, receiving, and decoding of beacons from Maya-3 was also demonstrated. Dr. Baustista and Ms. Candelaria further discussed how to secure ham radio operator licenses during the question and answer session. 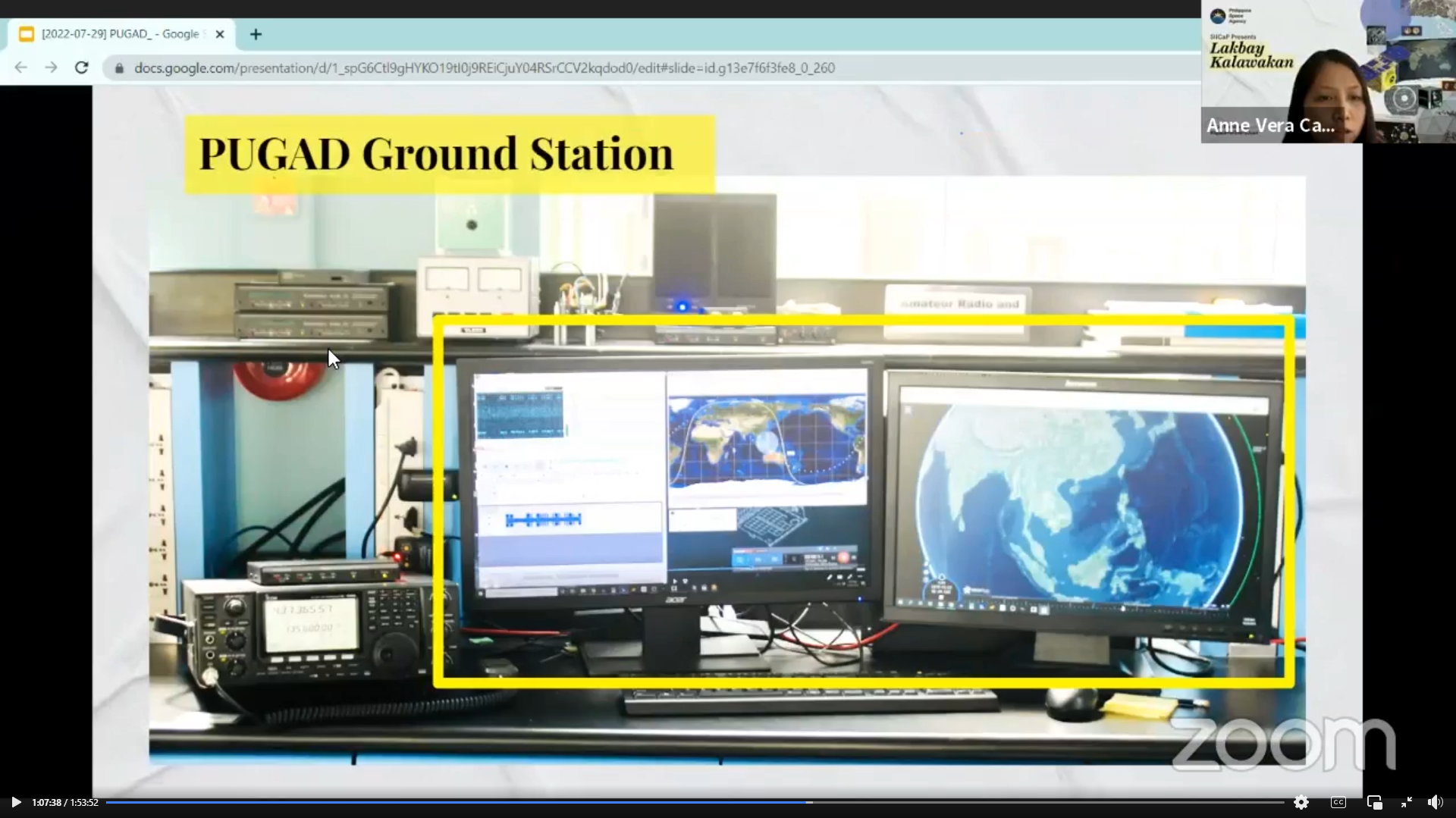 The Lakbay Kalawakan webinar series is meant to introduce the country’s space mission efforts and downstream facilities. PhilSA Space Information Infrastructure Bureau (SIIB) Director Dr. Ariel Blanco, explains: “This is also to raise awareness and appreciation to our Filipino engineers and scientists in the path they have paved for the Philippines in terms of space exploration.”