Should we worry about orbital debris? PhilSA webinar gets answers from international experts
Posted by: Philippine Space Agency 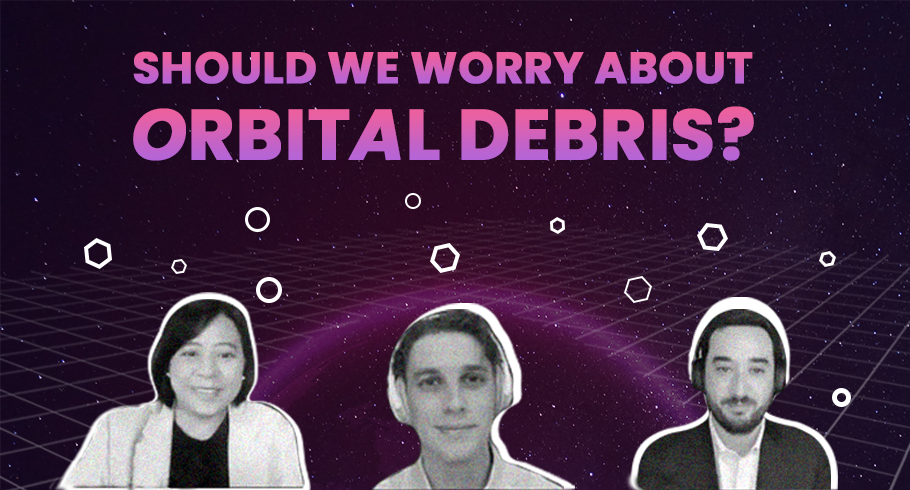 Orbital debris are man-made objects or “junk,” circling the Earth, no longer serving a useful function. These include non-functional spacecraft, launch vehicle stages, satellite parts, and fragments such as chipped off paint. These objects could fall back to Earth or collide with other objects in orbit.

On 10 October 2022, the Philippine Space Agency (PhilSA) organized a webinar, “Should We Worry About Orbital Debris?” The virtual event was held as part of World Space Week 2022 celebrations and was streamed on Facebook. Experts were invited to share their knowledge on the technical and policy perspectives of space debris.

Dr. Quentin Verspieren, Assistant Professor in the Science, Technology, and Innovation Governance (STIG) program of the University of Tokyo’s Graduate School of Public Policy, illustrated how congested the space environment is. Based on calculations, in terms of density and size, there is a higher likelihood of hitting a bird in airspace compared to encountering an object in low earth orbit. However, according to Dr. Verspieren, it is not just the number of objects in a given space that determines the likelihood of collision since we do not know what is exactly happening in space. “When you’re doing risk calculations, you’re not just talking about the size, you also have to consider the uncertainty of space. It’s less dense, but due to the physical properties of moving in space –and uncertainties in space–you have these risk calculations,” he said.

Aside from satellites, rockets pose a risk to humans when they reenter the atmosphere. Ewan Wright, Ph.D. student from the University of British Columbia researching the sustainability of outer space through the Astrophysics and Political Science departments, discussed the unnecessary risks created by uncontrolled rocket reentries. “They don’t entirely burn up. Between 20 and 40 percent of their mass will survive the reentry and reach the ground. When they do survive the reentry, there’s a small risk that it could hit a person, or a house, or a building, or maybe even something like a plane.”

Wright and his group discovered that there was about a 10% risk of one or more rocket reentry casualties in the next decade. They also found that the risk is disproportionately placed on the Global South. “Because of the latitudes of all of the rocket bodies currently in orbit, it’s more likely that they will reenter at or around the equator. This means that the populations there are more likely to have casualties. This is in some ways bad luck, but it represents an exportation of risk from space-faring states, such as the US and China, to the Global South,” Wright explained.

This will change over time  due to better use of controlled reentries. However, this will require more fuel and engines designed to reignite, which can be deemed more costly.

What can we do to reduce risk from debris?

Debris remediation entails removing existing debris or active debris removal. “There are a lot of technologies being developed, some modify orbits by shooting lasers, some want to use nets to grab the satellites, and there are few countries investing on that.”

In the local context, the Philippine Space Agency is the central government agency addressing all national issues and activities related to space S&T applications. Part of the Agency’s mandate is to ensure that the Philippines abides by the various international space treaties and principles promulgated by the United Nations and is an active participant in the international space community, including international rules and procedures concerning the Outer Space Treaty and Liability Convention, among others.

Atty. Noelle Riza D. Castillo, Director of the Space Policy and International Cooperation Bureau, discussed the role of PhilSA in coordinating with other space agencies and local government agencies to reduce the risks of space debris in the country. One example is PhilSA’s participation in the UN Open Ended Working Group on Reducing Space Threats through norms, rules, and principles of responsible behavior. “The mandate of this working group is to consider current and future threats by states to space systems and actions, activities, and omissions that can be considered irresponsible. This is a crucial component of our work, to elaborate norms of responsible behavior in outer space with the view to preserving outer space security and, of course, sustainability,” Director Castillo said.

On 12 September 2022, Director Castillo presented a paper before the working group at the Palais des Nations, Geneva, Switzerland, where the Philippines and Germany jointly identified threats, risks, and irresponsible behaviors in space.

Watch the replay of the webinar live stream here.