Satellite development perspectives from the Philippines and Argentina
Posted by: Philippine Space Agency 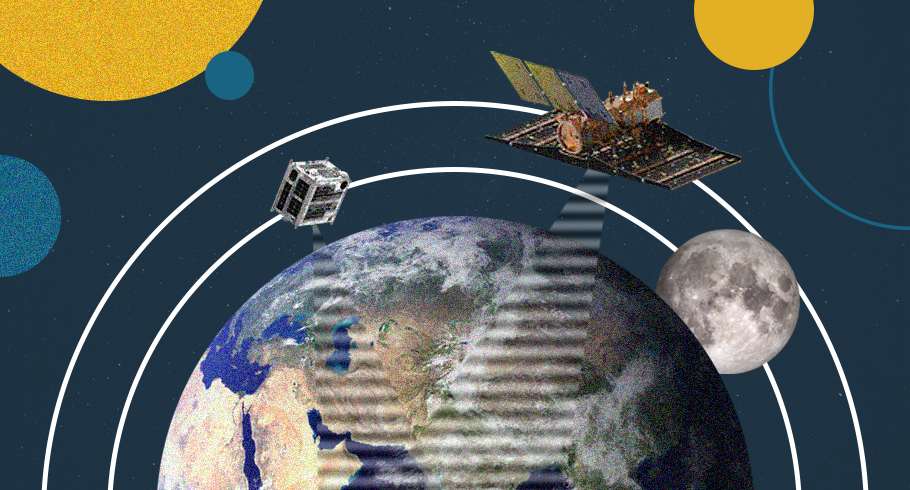 The Philippine Space Agency (PhilSA) and the Comisión Nacional de Actividades Espaciales (CONAE) of Argentina discussed the importance of satellite missions during the Earth Observation Satellite Missions: Perspectives from the Philippines and Argentina webinar held on 12 August 2021.

Satellite missions for the country’s development

The first panel focused on the best practices in satellite missions development. The discussion, led by PhilSA Deputy Director General for Space Science and Technology Dr. Gay Jane P. Perez and CONAE Head of Research for the SAOCOM Mission Dr. Laura Frulla, and moderated by Dr. Sandra Torrusio, Head of Technological Liaison of CONAE, highlighted how space-borne data is being used and applied for disaster management, agriculture and environmental monitoring.

Located in the Pacific Ring of Fire and the typhoon belt, the Philippines is susceptible to natural disasters. Threats to life and the environment are constantly experienced, affecting the socio-economic status of the country. Aside from this, food security, crop management, and monitoring of natural resources are also urgent concerns. Dr. Perez explains satellite data plays an important role by providing actionable information to address and mitigate risks.

To obtain such data, the Philippines has invested in small satellite missions. These are the Diwata 1 and Diwata-2 satellites, used for assessment and monitoring of land and coastal areas, turbidity mapping, volcanic activity assessment, and typhoon monitoring. The country’s Maya 1 and Maya-2 missions meanwhile, highlighted technological demonstrations of nanosatellites such as satellite stabilization and control on-orbit, the use of solar cells and CubeSat antenna in space, functionality testing of sensors and chips, and onboard image processing and classification. The knowledge and expertise from these missions have built the Philippines’ capacity to shift from the academic approach in satellite development to the industrial approach. This means the creation of operational quality and service-oriented data products such as those that will come from the country’s next generation of satellites beginning with the Multispectral Unit for Land Assessment (MULA). As satellites help respond to the country’s operational needs, and generate valuable data for the international scientific community, the flagship programs of PhilSA on satellite data mobilization and advanced satellite development, aim to reinforce the current operations and capabilities of the country. This secures the long-term sustainability of plans and programs on space data utilization and infrastructure by creating value in space.

For Argentina, Dr. Laura Frulla explained that the objectives of their satellite program are in line with their national space plan and user needs. This supports areas such as agriculture, hydrology, and emergencies in general. The SAOCOM 1 Constellation satellite focused on the measurement of soil moisture and applications in emergencies such as detection of oil spills at sea and flood extent monitoring. Satellite data gathered are analyzed  for the generation of maps that show vegetation water content, phenological stages of crops, land use, land cover classification, soil profile moisture, and  radar vegetation index. The combination of data produced allows applications such as drought monitoring, forest monitoring, biomass estimation, and fire alert and recovery.

CONAE and the Brazilian Space Agency are currently developing the SABIA-Mar Mission, and its main goal is to measure ocean color. Data collected would focus on sea productivity, marine ecosystems and habitats, fishing resources, and water quality. The planned satellite mission is also seen to aid in monitoring of vegetation, land use, inland waters, and flooded areas. The main outputs would be maps for Normalized Water-leaving Radiance, chlorophyll-a concentration, water turbidity, and sea surface temperatures.

For the Philippines and Argentina, satellite missions support national policies, plans and programs by producing high impact social benefits. The use of satellite data and its products have an important role for environmental monitoring, earth observation, and emergency management.

The space industry towards a robust space sector

The role of the space industry in creating a robust space sector was demonstrated by CONAE Program Manager Mr. Fernando Hisas and STAMINA4Space Program Leader Dr. Maricor Soriano. Dr. Marc Caesar Talampas, Director for Space Technology Missions and Systems Bureau of PhilSA moderated the discussion, which highlighted the unique experiences of Argentina and the Philippines in this aspect.

CONAE also works with local technology companies in satellite production and development. In turn, these companies build their capacity and further develop technological products that benefit Argentina’s space industry. International relations are also valuable during satellite development, as seen in the two (2) SAOCOM and four (4) Cosmo SkyMED missions with the Italian Space Agency, developed for the Italian-Argentinian satellite system for Emergency response (SIASGE).

Dr. Soriano of the STAMINA4Space Program emphasized the value of localizing the space industry. Efforts on localization started with the transfer of know-how in upstream technologies, such as in the case of Diwata-1 and Diwata-2, which were assembled in Japan involving Filipino Engineers. This allowed the Maya cube satellites to be built in a local setting despite the parts being manufactured in Japan. Other efforts of localization can be seen in projects of the STAMINA4Space Program such as: know-how transfer during the framework building of the nanosatellites through Project STEP-UP; 40% of Project PHL-50 being locally built including the structure, on-board computers, star tracker telescope, amateur “ham” radio unit, and attitude determination module; and, some components of Project OPTIKAL.

Dr. Soriano explains, localization efforts should be increased, starting with engaging local industries in building upstream technologies with the design and precision manufacturing of structures and parts of satellite infrastructures. She further notes that public-private partnerships, strengthening the local assembly of technology products, integration and testing capabilities, addressing the return-on-investment framework, and ventures into other space-related industries will lead to growth in the local space ecosystem.

Argentina and the Philippines both emphasized the importance of local industries to create a comprehensive and capable space sector.

The webinar is in commemoration of the 73 years of Philippine-Argentina bilateral relations celebrated in August 2021, and part of the ongoing efforts to establish space cooperation between the two countries.