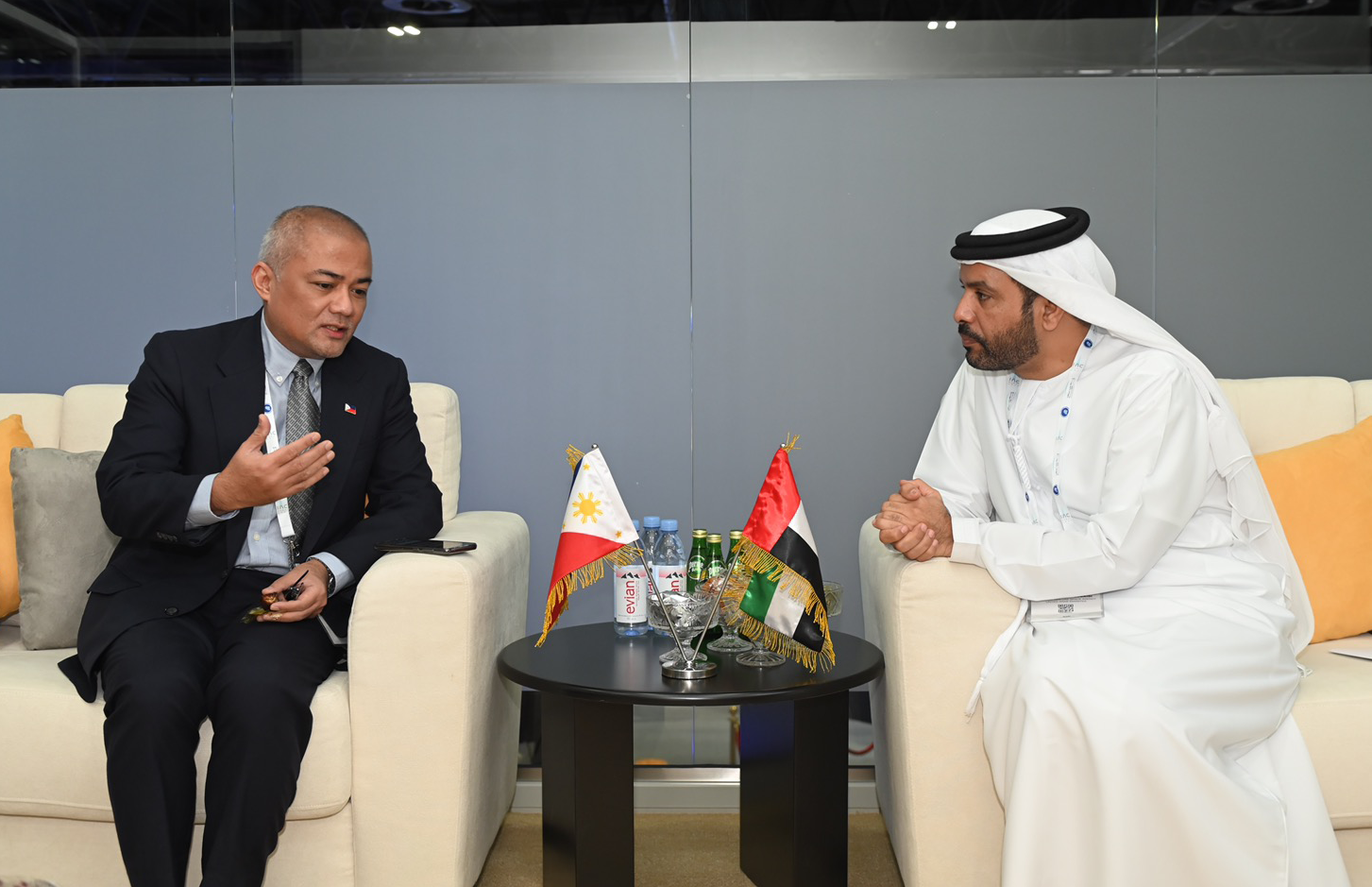 DG Marciano congratulated His Excellency Al Qubaisi for his appointment as UAESA Director General early this month. He succeeded former Director General Mohammed Nasser Al Ahbabi who served as the head of UAESA since its formation in 2014.

Both sides expressed their gratitude for finally meeting in person after the first virtual dialogue held on 19 August 2021, which coincided with the 47th anniversary of the establishment of diplomatic relations between the Philippines and the UAE. They exchanged notes on the role of their respective space agencies in national development through scientific advancement, industry-building and by inspiring the next generation of innovators. PhilSA congratulated UAESA on the success of its ongoing space programs while UAESA expressed confidence in the efforts of the PhilSA in laying the right foundations as a young space agency, adding that the efforts will serve to inspire young people to pursue careers in the space sector.

In strengthening cooperation with UAESA, PhilSA presented the draft Memorandum of Understanding (MoU) in which both parties expressed their eagerness to formalize the  agreement targeting February 2022 as a possible date of its signing to coincide with the schedule of the National Day celebration of the Philippines at the Expo 2020 Dubai. DG Marciano presented H.E. Al Qubaisi with satellite images of Dubai and Metro Manila taken by the Philippines’ Diwata-2 microsatellite. Director General Al Qubaisi expressed his appreciation and noted the success of the Philippines’ Diwata program.

Philippine Ambassador to the UAE Her Excellency Hjayceelyn Quintana and Consul General Marford M. Angeles were also present during the meeting. Ambassador Quintana remarked that the Philippines and UAE have excellent bilateral relations and there are unlimited areas for cooperation. She mentioned that many Filipinos were inspired when they learned of the first meeting between PhilSA and UAE last August.

The International Astronautical Congress (IAC) is an annual event where global space actors gather to discuss topics in the sector and provide attendees with the latest space information and developments in academia and industry, networking opportunities, and potential partnerships. This year’s 72nd IAC was held in Dubai, United Arab Emirates from 25-29 October 2021.