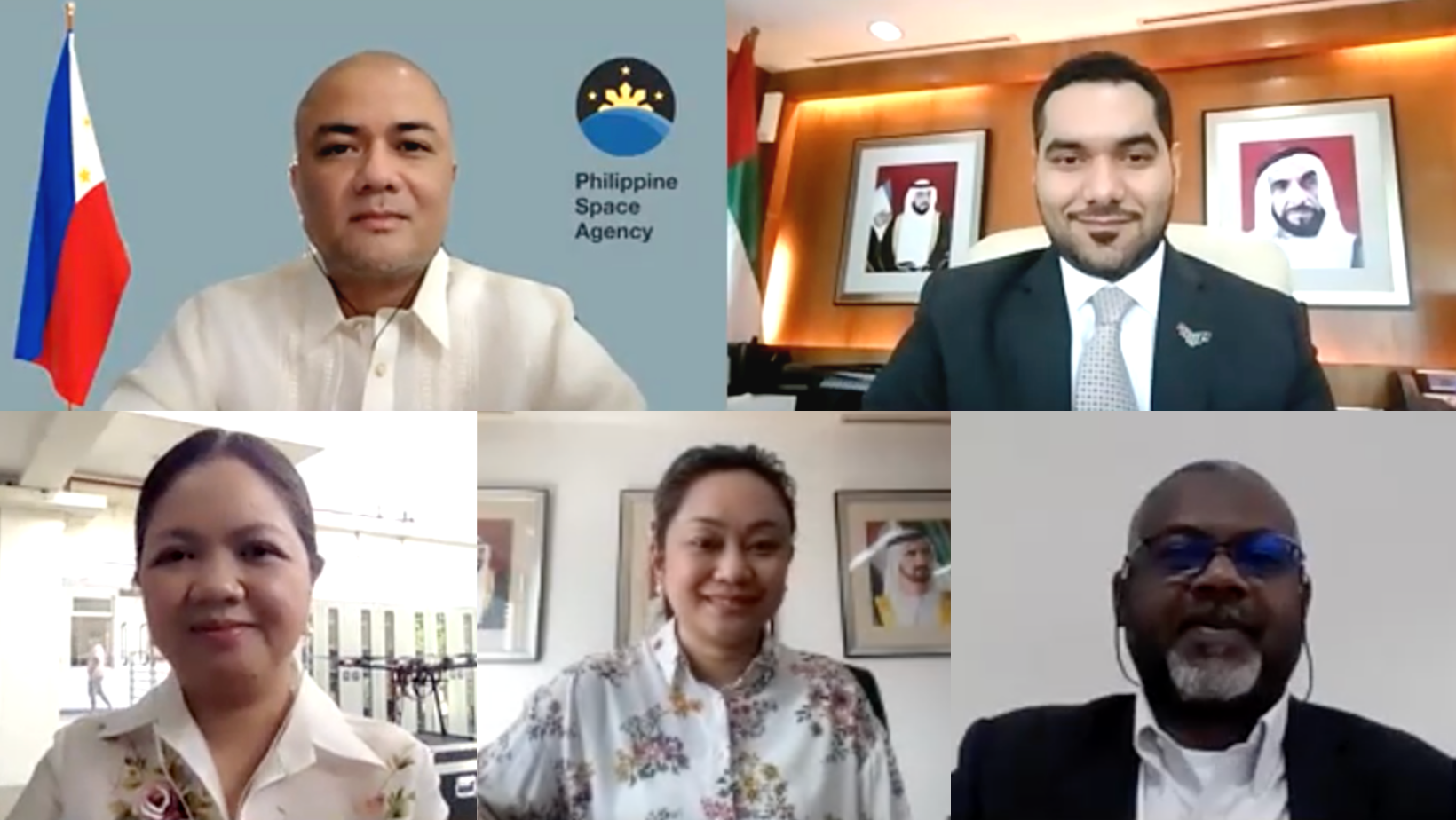 Delegation of the Philippine Space Agency and the Embassy of the United Arab Emirates in Manila (19 February 2021, Zoom).

During the virtual courtesy meeting, Director General Marciano, Deputy Director General Perez, and H.E. Mr. Almualla discussed a possible cooperation and establishment of collaborative activities in the field of space between the United Arab Emirates and the Philippines through PhilSA. The Agency highlighted the country’s significant progress in small satellites by sharing a few images captured by Diwata-2 from space, such as that of Dubai’s Palm Jumeirah in March 2019.

Sharpened panchromatic image of Dubai, UAE with the famous Palm Jumeirah visible from space. This satellite image was presented by PhilSA to the H.E. Shaikh Saoud Ali Mohammed Ali Al Mualla during their courtesy call meeting.
This satellite image was taken on 09 March 2019 using DIWATA-2’s Enhance Resolution Camera (ERC). Equipped with five imaging cameras, DIWATA-2 can capture multispectral and panchromatic images of famous national landmarks around the world. DIWATA-2, the second Philippine microsatellite, was launched along with the UAE’s KhalifaSAT from the Tanegashima Space Center in Japan on 29 October 2018.

Noting the progress that both countries have made in the field, areas of interest for joint activities include, but are not limited to, research, data sharing, satellite development and operations, and capacity building.
PhilSA also expressed its sincerest congratulations to the United Arab Emirates for the successful arrival and entry of the Hope Probe into the orbit of Mars.