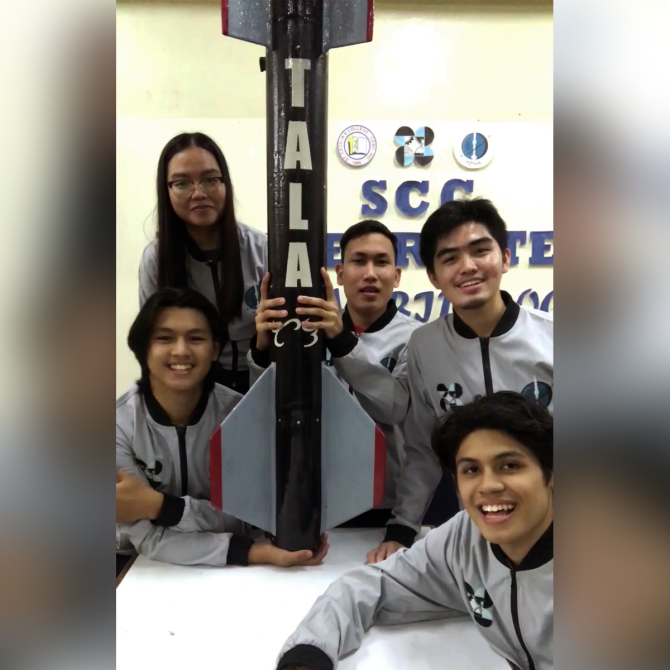 The Philippine Space Agency (PhilSA) is set to refuel the launch of the TALA hybrid rocket in 2023. Developed by homegrown space technology researchers, students, and their mentors from St. Cecilia’s College-Cebu in 2018, the TALA rocket is the first high-power hybrid rocket developed in the Philippines made from 3D-printed advanced composite materials. The rocket, measuring 10 feet and weighing 15 kilograms, was developed under the Young Innovators Program of the Philippine Council for Industry, Energy, and Emerging Technology Research and Development (DOST-PCIEERD).

TALA was supposed to be launched in March 2020 from Mati City Airport, Davao Oriental but had to be postponed indefinitely due to the pandemic. Since early 2022, PhilSA and the TALA team, in collaboration with the Philippine Air Force through the Philippine Air Force Research and Development Center, have been jointly working on the renewed preparations for the launch at Colonel Ernesto Rabina Airbase (CERAB) or Crow Valley in Tarlac City.

“We thank PhilSA, PAF, and DOST-PCIEERD for supporting our intent to contribute to the advancement of our local space research environment. Through demonstrating our knowledge and capability in rocket development, we hope to inspire more local research and development efforts that will benefit the advancement of our local space education and industry,” Wilfredo Pardorla, Jr., one of the TALA rocketry team mentors said. Among the features of the TALA rocket are flight sensors, a GPS, a dual parachute deployment, and a payload system to bring a Can Satellite (CanSat) up to approximately 5 kilometers into the atmosphere: “CanSats are simulated satellites the size of soda cans developed and used in educational settings to remotely gather environment data through built-in sensors. Researchers in the country deploy CanSats through drones. Sending CanSats to higher altitudes via hybrid-propellant rockets is a cost-effective way to further enrich space R&D in the country,” Almida Plarisan, one of the TALA rocketry team mentors explains.

PhilSA Director General Dr. Joel Joseph S. Marciano, Jr. has given his full support to the initiative: “We are proud of the young innovators of St. Cecilia’s College Cebu who built the TALA rocket, and are truly inspired by their hard work and initiative. PhilSA is quite fortunate to have an opportunity to support its launch, as this is a milestone that will certainly yield important learnings. We hope that this will also motivate other young Filipinos to pursue their own space endeavors and journeys in scientific discovery, just as it motivates us to heighten our efforts in promoting and expanding homegrown space capabilities.”