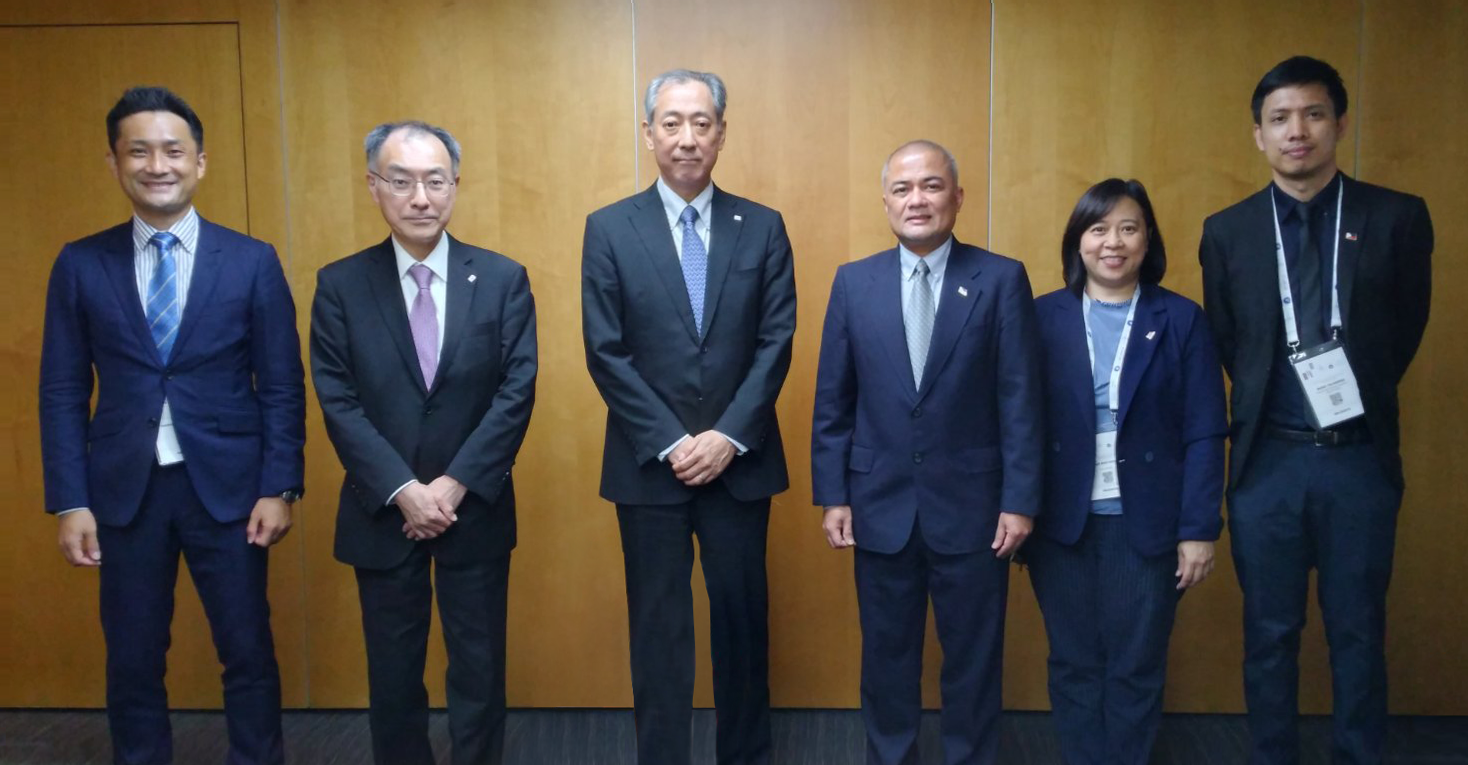 The Philippine Space Agency (PhilSA) and Japan Aerospace Exploration Agency (JAXA) held a bilateral meeting on 27 October at the sidelines of the 72nd International Astronautical Congress in the Dubai World Trade Center. The 72nd International Astronautical Congress (IAC) was held from 25-29 October 2021 in Dubai, United Arab Emirates, where global space actors converge and discuss industry developments and opportunities. The meeting between PhilSA and JAXA covered discussions on the importance of building the space ecosystem through enabling human resources, partnerships, and international cooperation. During the meeting, PhilSA congratulated JAXA for the World Space Award that it received from the International Astronautical Federation (IAF) for its Hayabusa-2 Mission, which was presented during the opening ceremony of the IAC. Both sides gave updates on the current work of their agencies, and discussed collaboration in future projects, including opportunities in space environment access and utilization. Both affirmed the importance of increased cooperation among international counterparts and the development of domestic space industry whose activities are aligned with the government’s objectives, in order to achieve success in their local space programs.

JAXA is the first foreign space agency to sign a space agreement with PhilSA, and has been a valuable partner of the Philippines in space science, technology and applications programs. The Philippines, through the DOST, collaborated with Japanese universities in the successful development and launch of the Philippines’ first microsatellites, DIWATA-1 and DIWATA-2, and nanosatellites MAYA-1, MAYA-2, MAYA-3, and MAYA-4.

Through the Asia Pacific Regional Space Agency Forum (APRSAF) and space cooperation activities like Sentinel Asia, JAXA has helped bring the benefits of space closer to the ASEAN region.

PhilSA will participate in the 27th Session of the Asia-Pacific Regional Space Agency Forum (APRSAF-27) following the formal invitation from JAXA. Director General Marciano is set to represent PhilSA at the Space Agency Leaders Roundtable session. Deputy Director General for Space Science and Technology Dr. Gay Jane P. Perez will deliver a presentation at the Country Report Session, while Director Talampas will participate in the Enhancement of Space Capability Working Group (SCWG).