#PhilippineSatelliteWatch: an overview on the space imaging capabilities of the Filipino
Posted by: Philippine Space Agency 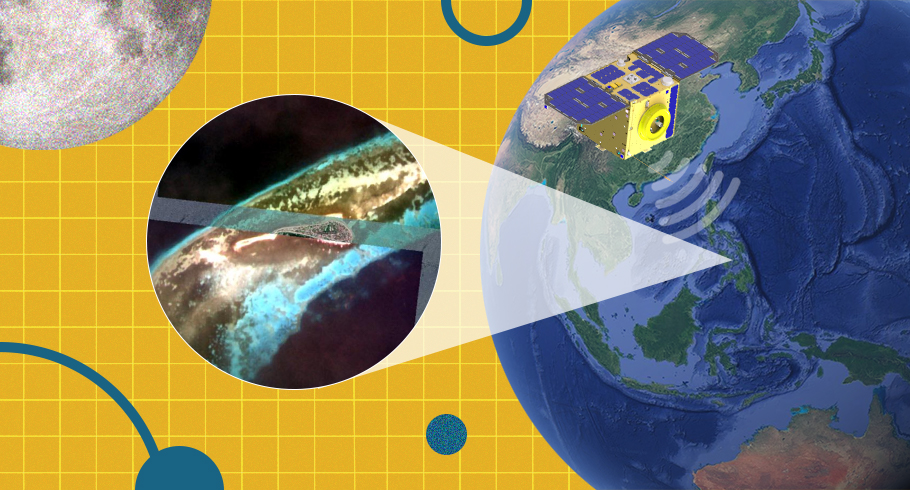 This August, we celebrated the heritage, achievements, and the future of the Filipino.

August also marks the establishment of the Philippine Space Agency (PhilSA); on 09 August 2019, Republic Act 11363 was signed by President Rodrigo Duterte, through which the PhilSA was created.

Before the month ended, the Philippines witnessed the momentous launching of its first locally-built satellites, Maya-3 and Maya-4, to the International Space Station (ISS).

The Philippine Satellite Watch was also launched this month. The initiative aims to showcase  satellite images of the Philippines presented by the Space Technology & Applications Mastery, Innovation and Advancement (STAMINA4Space) Program, Department of Science and Technology-Advanced Science and Technology Institute (DOST-ASTI), and PhilSA. This was created to feature our various land and water resources, and our homegrown space imaging capabilities and earth observation techniques.

Philippines as seen by Diwata

The STAMINA4Space program is the successor of the PHL-Microsat Program, the country’s first initiative in developing the country’s capacity in space science and technology through which the Diwata satellites were developed and launched. Through the STAMINA4Space, the country is able to generate valuable data from scientific earth observation that lead to more actionable information and responsive programs, policies and interventions across various societal applications. The operation of the Diwata-2 microsatellite is handled by the engineers and scientists of STAMINA4Space, as well as the processing of images captured by its passes.

This month’s featured image from the STAMINA4Space was captured by Diwata-2’s High Precision Telescope (HPT) on 09 September 2020, where parts of the Coamen Islet or Cuaming Island can be seen. Nestled between the islands of Cebu and Bohol, the parts of Coamen Islet or Cuaming Island seen in this image include the Municipality of Inabanga in Bohol. Here, some seagrass and corals can be observed. The Cuaming Island is home to more than 2,900 residents, according to the 2015 census. Prior to COVID-19 restrictions, the islet was a popular destination for island-hoppers. Coamen Islet (or Cuaming Island), as seen by Diwata-2 on 09 September 2020, captured and processed by the STAMINA4Space Program.

Following the successful launch of Diwata-1 in 2016, the DOST-ASTI established a Ground Receiving Station (GRS) to complement  the operations of the Diwata-1 satellite. The first GRS was installed on its office grounds in Quezon City, dubbed the Philippine Earth Data Resource Observation (PEDRO) Center. PEDRO was able to communicate with Diwata-1 by uploading commands to the microsatellite and directly receiving images it took from space.

The PEDRO Center expanded its connection to other satellites. Among the commercial satellites it is able to directly access are NovaSAR-1, KompSat-3, KompSat-5, KompSat-3A, KompSat-2, GeoEye-1, WorldView-1, WorldView-3, Worldview-4, Cosmo-Skymed, PlanetScope, RapidEye, and SkySat. Government agencies, government-attached institutions, and academic institutions are free to access this data.

Currently, there are two GRS facilities in the Philippines—The PEDRO Center in Quezon City, and the Davao Ground Receiving Station (D-GRS)  in Davao City. Another GRS will be established in Iloilo. These ground receiving stations are featured and explorable in the newly launched DOST-ASTI mobile VRS application. DSM of Dasmariñas, Cavite from tri-stereo satellite images taken by KOMPSAT-3 on 03 February 2021. Image processing by the PEDRO Center.

In tri-stereo satellite imagery, one takes satellite images from three different angles to capture heights and depths that are otherwise not apparent from just one shot. This is done to capture steeper terrains, built-up areas, and depressions, in order to create DSM maps. A DSM is a 3D graphical representation of surface terrain that captures both natural and man-made elevations. DSM is useful in 3D modelling, particularly for visualisation and urban planning.

The first edition of the Philippine Satellite Watch this month is just a glimpse of our country’s increasing capabilities in space imaging, processing, and analysis. Stay tuned for more fascinating and informative images from space in the succeeding editions of the #PhilippineSatelliteWatch.