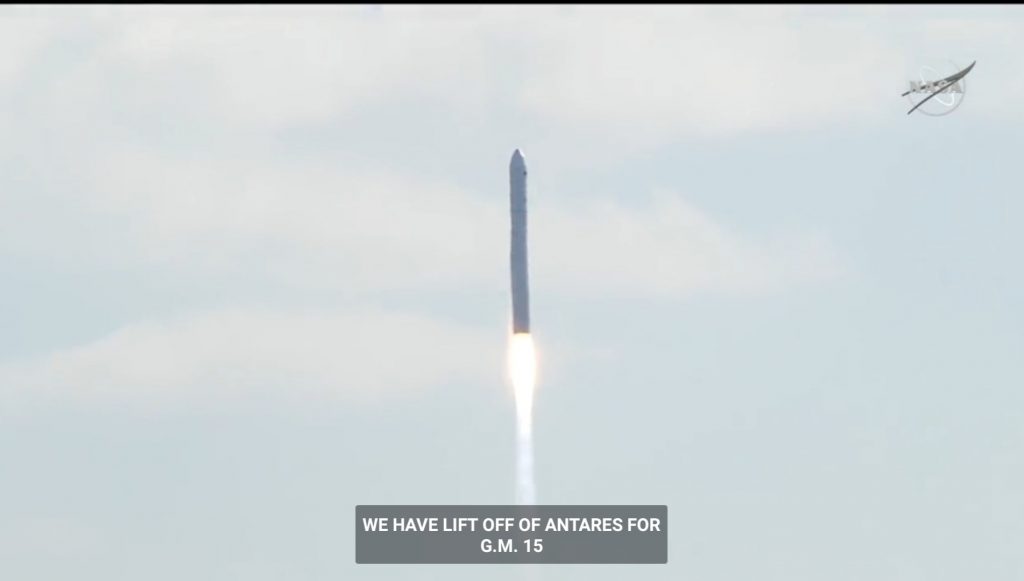 The country witnessed another historic moment as its second cube satellite (CubeSat) Maya-2 was launched to the International Space Station (ISS) today, February 21, 2021 at 1:36 A.M. (PHT) aboard the S.S. Katherine Johnson Cynus spacecraft. Sending the satellite into the ISS is the final step before the satellite reaches its targeted altitude in Low Earth Orbit.

The 1U CubeSat, which falls under the nanosatellite category in terms of mass (1-10 kg), was launched to the ISS with two other identical CubeSats from Japan (Tsuru), and Paraguay (GuaraniSat-1) as part of the Northrop Grumman CRS-15 mission. All three were developed under the Kyushu Institute of Technology (Kyutech)’s 4th Joint Global Multi-Nation Birds Satellite BIRDS-4 Project Project. Maya-2 was designed and developed by Filipino scholars who were sent to Kyutech through the Space Science and Technology Proliferation through University Partnerships (STeP-UP) Project of the Space Technology and Applications Mastery, Innovation and Advancement (STAMINA4Space) Program. STAMINA4Space is funded by the Philippines’ Department of Science and Technology (DOST), monitored by DOST’s Philippine Council for Innovation, Energy, and Emerging Technology Research and Development (DOST-PCIEERD), and implemented by DOST’s Advanced Science and Technology Institute (DOST-ASTI), and the University of the Philippines Diliman (UPD).

At the laboratory in Kyutech, Photo courtesy of BIRDS-4 Project

“To do something for the first time is great, but to be able to do it again and innovate is greater. We take pride in the launch of Maya-2, the successor to Maya-1 and the Philippines’ latest milestone in creating value in space for and from Filipinos and for the world,” said Philippine Space Agency (PhilSA) Director General Joel Joseph S. Marciano Jr.

Like its predecessor Maya-1 (decommissioned on November 23, 2020), Maya-2 is a technology demonstration and educational platform geared to collect data remotely by Store-and-Forward (S&F) Mechanism. Aboard the 1.3 kg satellite is a camera for image and video capture, an Automatic Packet Reporting System Message Digipeater (APRS-DP), attitude determination and control units for active attitude stabilization and control demonstrations, Perovskite solar cells and Latchup-detection chip. Apart from the similarity of the platforms, Maya-2 was developed and improved using the knowledge gained from developing its predecessor.

“Maya-2 is [a part of a] well executed plan that Maya-1 will not remain as Maya-1 but it will continue to grow and improve as a series of Mayas – as a platform to explore and educate Filipino generations of engineers and scientists in the meaningful and peaceful use of outer space,” said Engr. Joven C. Javier, who led the BIRDS-2 team that launched Maya-1, UiTMSAT-1, and BHUTAN-1.

The development of Maya-2 under the BIRDS-4 Project started in 2018 and was affected by the COVID-19 pandemic. Although they faced hurdles, the team of Filipino engineers were able to power through.

“The development of Maya-2, and BIRDS-4 satellites in general, was special due to the fact that it was affected by the pandemic… Not being able to gather physically also add to the challenges we faced during the final stages of the project as most of the work such as troubleshooting and finalizing software and satellite assembly were done with less people from the team,” Engr. Mark Angelo Purio detailed the challenges they faced.

Why is it important to continue and sustain local CubeSat research—even during a pandemic?

What’s next for the Philippines’ second CubeSat?

“As of now, the team is finalizing the mission operation for the first 24 hours, first week and first month. We are also preparing to coordinate with ground stations of the BIRDS network to ask for their help and cooperation in operating the satellites once deployed in orbit,” said BIRDS-4 Project Manager Engr. Izrael Bautista.

“We hope for a successful launch today and deployment of the satellites from ISS soon. We are now preparing for the satellite operation and mission execution,” Maya-2 engineer Mark Angelo Purio adds. “It is such a wonderful experience to have worked with people from different backgrounds and nations. The commitment, contribution, and effort each member has put on to the satellite development are testaments that the team has made a bond.”

After deployment into orbit, the team will immediately start carrying out the satellite’s missions.

As early as now, the Philippines can anticipate more Maya launches in the future with Maya-3, Maya-4, Maya-5, and Maya-6 already in their respective design and development phases under the STeP-UP project led by Prof. Paul Jason Co.

“Maya-2 is the manifestation of our country’s commitment to build and sustain our own SSTA ecosystem,” he said. “This is but another step in our long journey as a space-faring nation.”

“Having reached the point of sending the Maya-2 CubeSat for launch, it is a proud and anxious moment not only for the STeP-UP scholars, but also for the rest of the STAMINA4Space Program,” adds Dr. Maricor Soriano. “Proud, in that, after all the challenges the scholars went through, including working amidst a pandemic, they passed all the qualifications for launch; and anxious, because the next step is to await signals from Maya-2 in orbit. But this is what building technology for space is really like. And we feel thankful for the opportunity to learn. Congratulations to our STeP-UP scholars!”

With the Philippines now having its own space agency, the country can be confident that its space research and development activities will be sustained and built on.

“We congratulate our BIRDS-4 Filipino engineers—IZ, Mark, and Marloun—and the rest of the STAMINA4Space team,” PhilSA Director-General Dr. Marciano, Jr. said. “The PhilSA is building on your accomplishments to bridge, uplift, and empower our nation through space.”

The Space Technology Applications Mastery, Innovation, and Advancement (STAMINA4Space) Program is funded by the Department of Science and Technology (DOST), monitored by DOST’s Philippine Council for Innovation, Energy, and Emerging Technology Research and Development (DOST-PCIEERD), and implemented by DOST’s Advanced Science and Technology Institute (DOST-ASTI), and the University of the Philippines Diliman (UPD). It further aims to develop deep expertise that enables and sustains the growth of a local scientific-industrial base in space technology and applications in the Philippines.