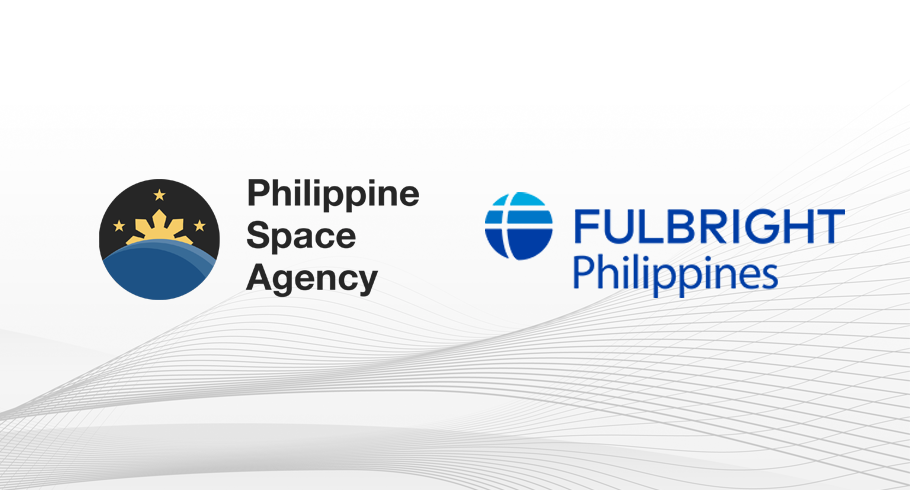 This is a joint press release with the Philippine-American Educational Foundation.

The Philippine-American Educational Foundation (PAEF or Fulbright Philippines), represented by Acting Honorary Chairperson of the PAEF Board of Directors Heather Variava, U.S. Embassy in the Philippines CDA a.i., and the Philippine Space Agency (PhilSA) represented by Director General Joel Joseph S. Marciano, Jr., Ph.D., signed a Memorandum of Understanding (MOU) on February 17 at the PAEF office in Mandaluyong, Metro Manila. This MOU promotes collaboration between both organizations in establishing scholarship and training programs for space science, technology, engineering, and mathematics, as well as in related fields such as space law and policy, business, economics, international relations and diplomacy, and communications. 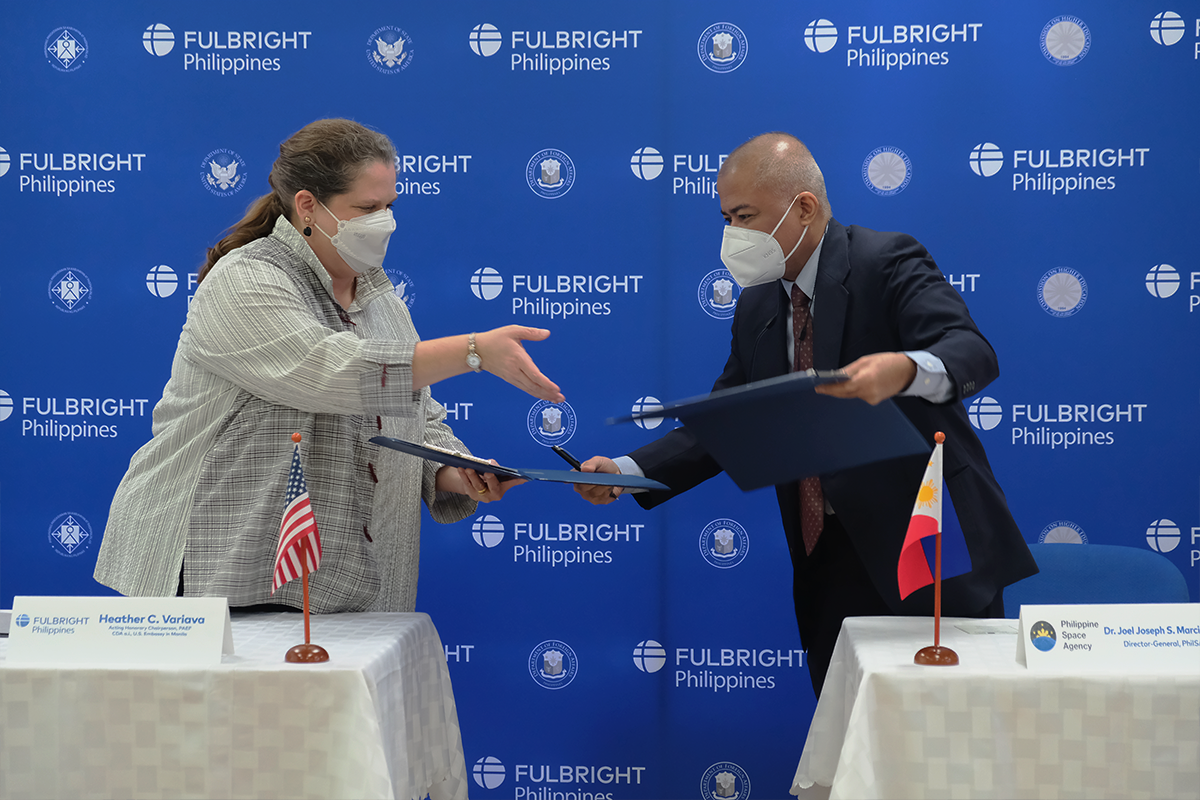 The said memorandum shall also explore a partnership between PAEF and PhilSA through workshops and educational exchanges to further promote and pursue space education towards future participants. Implementing these trainings and scholarships as an act of cooperation would contribute to the mutual understanding between PhilSA and PAEF, strengthening cordial relations between the two institutions, and maximizing the continuing cooperation between the Philippines and the United States. The MOU was also built on the agreement that the Philippines and the United States would identify space technology as a target area for cooperation under the U.S.-Philippine Science and Technology Agreement signed in 2019.

“The United States is proud to support the Philippines’ commitment to the peaceful use of space.  Through the U.S.-Philippines Science and Technology Agreement, we look forward to deepening cooperation with PhilSA to explore the scientific, commercial, and national security benefits of space technology.” CDA a.i. Variava states in a brief message before the signing.

Director-General Marciano shared a few words to honor the ceremony:
“It is my fervent hope that the PhilSA-PAEF partnership will inspire the Filipino people and elevate the status of space science and technology in the Philippines toward a robust space ecosystem that adds and creates value in space from Filipinos, for Filipinos, and for the world.”

Upon signing of the MOU, the agreement between PhilSA and PAEF will implement scholarships, training programs and other educational exchanges through degree and non-degree studies, research for Filipinos in universities and the United States. The programs will cater to Filipinos interested in learning or developing their mastery in the field of space science and technology applications (SSTA). The programs to be introduced would also bring in experts from the United States to conduct professional lecturing and research.

The Philippine-American Educational Foundation, also known as Fulbright Philippines (now entering its 74th year) is also gearing up for its 75th anniversary – marking 75 years of impacting Filipino lives through scholarship grants and opportunities. Different scholarship programs and awards may be found at www.fulbright.org.ph. For updates, follow us on Facebook, LinkedIn, Twitter, and Instagram. For inquiries, contact us at fulbright@fulbright.org.ph.

The Philippine Space Agency (PhilSA) is the central government agency addressing all national issues and activities related to space S&T applications. Created under Republic Act No. 11363 or the Philippine Space Act, the PhilSA is an attached agency of the Office of the President for purposes of policy and program coordination, and to ensure alignment in national policies and priorities. PhilSA envisions a Filipino nation bridged, uplifted, and empowered through the peaceful uses of outer space, and is committed to promote and sustain a robust Philippine space ecosystem that adds and creates value in space for and from Filipinos and for the world. To know more about PhilSA, go to https://philsa.gov.ph/.