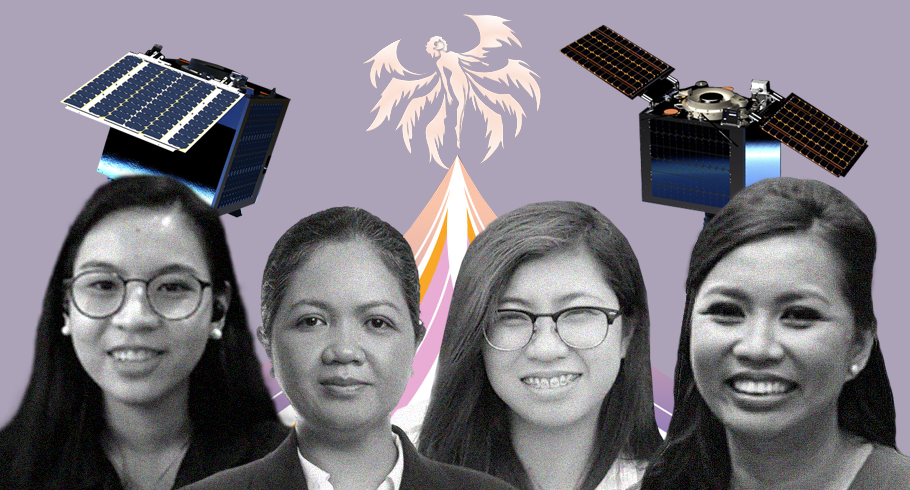 The collective power and enabling environments for women in science, technology, engineering, and mathematics (STEM) was emphasized during the ARYA: AVIATION Women Excellence webinar of the Society of Aerospace Engineers of the Philippines-Student Chapters Federation (SAEF-SCF) held on 10 July 2021.

When gender is not an issue

Dr. Banatao plays a crucial role in satellite development. As the systems engineer, her job is to make sure that the satellite will be able to satisfy its mission requirements once launched in space. This is done by ensuring that all systems of the satellite are performing synchronously with each other. She is also in charge of developing the concept of operation, which primarily involves capturing images of the Philippines and transmitting these for data processing. Prior to MULA, Dr. Banatao also worked on the Philippines’ Diwata-2 satellite.

Dr. Banatao is the only woman on the team currently in the United Kingdom for the first phase of the MULA satellite development. This is not new with Dr. Banatao since she is also the sole female engineer in the team that developed Diwata-2. Dr. Banatao says gender is never an issue in the workplace and discrimination is non-existent. Growing up, she says she did not feel intimidated by science or math because her environment has been very supportive and encouraging.

Her advice to young girls who are drawn to science and engineering: “There will be lots of challenges along the way, but I firmly believe that thinking about gender should not be one of these. Not at this age as exemplified by numerous amazing women scientists.”

It’s a different story for Engr. Bartilad who had to confront gender biases head-on. In college, she would always hear side comments about her decision to take up Electronics and Communications Engineering (ECE)—a course that is stereotyped as a male field. Nevertheless, she did not allow these things to discourage her from pursuing her dream.

“There is always a space for women in every field, we can bring a lot to the table, we just have to have the opportunity to be there,” Engr. Bartilad says.

Her determination has taken her to new heights. As a Ground Segment Engineer, Engr. Bartilad will operate ground stations to communicate with MULA to facilitate its telemetry, tracking, and control. She is experienced in radio-frequency (RF) and microwave engineering. Her work also includes managing the full anechoic chamber at the University Laboratory for Small Satellites and Space Engineering Systems (ULyS3ES) of the UP College of Engineering Electrical and Electronics Engineering Institute (EEEI). She is also involved with the decadal survey for space science technology and its applications (SSTA) in the Philippines.

The value of women in STEM

Shielo Muta, one of the female Division Chiefs of PhilSA, encouraged female students to seize opportunities in the STEM sector when they can. She notes that while women are still underrepresented in the field, the industry is now becoming more inclusive. “Having women in this field goes beyond creating diversity, but rather a woman’s contribution in making scientific innovations is very important,” she explained.

Ms. Muta will manage and operate MULA by communicating with the satellite through the Philippine ground receiving station. She will also work with the subsystem engineers and stakeholders to complete on-orbit activities and experiments such as imaging requirements in agriculture, disaster response, and coastal and marine applications, to name a few. As an engineer, one of the highlights of the mission is to connect with MULA in space. This is also a milestone for the country to have another satellite to aid in the sustainable management of our natural resources.

Laying the groundwork for more women in STEM

MULA’s Project Leader, Dr. Perez credits her mentors for fostering an empowering environment free from gender discrimination. To give back, Dr. Perez seeks opportunities to mentor and support women who want to pursue a career in STEM.

“It’s a very exciting field as long as you believe in what you’re doing. You can contribute positively and make a difference regardless of being the only woman on the team. Join us, there is a place for you in this field,” Dr. Perez says.