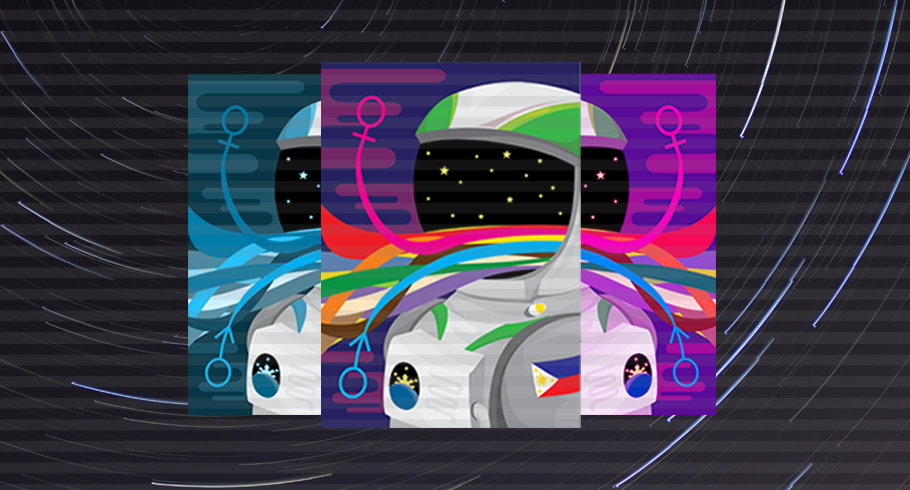 The Space Generation Advisory Council (SGAC) in collaboration with the Philippine Space Agency (PhilSA) held essay-writing and poster-making contests during World Space Week 2021 in line with the theme, “Women in Space.” Both contests, in line with the webinar, “Exchanging Lessons Learned: Gender Diversity and Equality in Space” held last 06 October 2021 with the theme, “Diversity and Equality in Space” encouraged the participants to share what they learned on diversity, inclusivity, and equality around the world.

The competitions aim to promote diversity and gender equality, and introduce new ideas on how to practice and promote these values in their own country. The following are the first place winners of the essay-writing contest and the poster-making contest.

Making Space for Women in Space

One of my earliest astronomy memories is reading a Magic Tree House Research Guide entitled ‘Space’. I was ten; and until now I have never forgotten its last pages: Sally Ride, the first American woman in space, stated that the first person to land on Mars is alive today, probably working on a science project right now; and the authors concluded the book with “maybe the kid Sally Ride is talking about is you!”

Ten words. Ten words and I grew up wanting to understand and explore the universe.

Truth be told, I never had a shortage of female role models, so it never crossed my mind that I was not up for the task solely because of my gender. However, as the years went by, I started to face sexism.

In school, we learn about “gender roles”. Women are homemakers and men go outside to work. I would hear that men are better drivers and women are not fit to be presidents. Out of 218 Physics Nobel Laureates, only four are women. In textbooks, we learn about Yuri Gagarin, Alan Shepard, but not Valentina Tereshkova. In fifth grade, struggling with a math activity, I approached our teacher. Instead of telling me where our group went wrong, he said we could not solve the problem because there were no boys in our group, even if I had the highest grade in the entire class for Mathematics.

During the discussion on “Exchanging Lessons Learned: Gender Diversity and Equality in Space”, Ms. Carla Sharpe, Africa Programme Manager, South African Radio Astronomy Observatory, stated, “The only difference between me and other girls is I believed I could.” I agree, and I know that I am a woman, not just a woman. Films and documentaries like “Hidden Figures” and “Mercury 13” highlight the contributions of women in the space industry while battling discrimination. If we deny women opportunities, we deny ourselves advancements.

Apart from gender empowerment, men should also learn that women are capable of excelling in science. Included in the conversation was this: “So many of these discussions are filled with women, but it’s not women’s minds we need to change; it’s men’s.” More males should get involved in talks of gender diversity, regardless of how much this world suits them already.

When most people think about astronomy, what comes to their minds are space exploration, stars, planets, and rockets. Rarely acknowledged are social issues. As a science writer, I’m proactive in addressing how space is more than numbers and scientific challenges; it can be considered STEAM — Science, Technology, Engineering, Mathematics, A for “any other subjects” — as jokingly said in the panel discussion. In communicating science to the public, taking all these into account is essential.

With issues lingering as the clock continuously ticks, the space sector entails more than just exploring what’s out there; because in order to reach the stars, we must first instill harmony and collaboration on the ground, including making space for women in space.

Making Space for Women in Space is a piece by Julianne Marc Tamayo. Known for hard work and creativity, the people of the Philippines can work together in reaching for the stars (as seen in the helmet, reflecting PhilSA’s logo) allowing anyone and everyone to take part regardless of gender, ethnicity, and individual features.  The stream of colors towards the helmet shows how the road to becoming an astronaut and being amongst the star have, and come from many ways. This also looks like the hair of the various people, including “unnatural” hair colors that have, for many years, symbolized the LGBTQ+ movement. Taken together, this piece showcases the Philippines’ potential in rising to the stars by utilizing the value of diversity and equality as an emerging space nation.